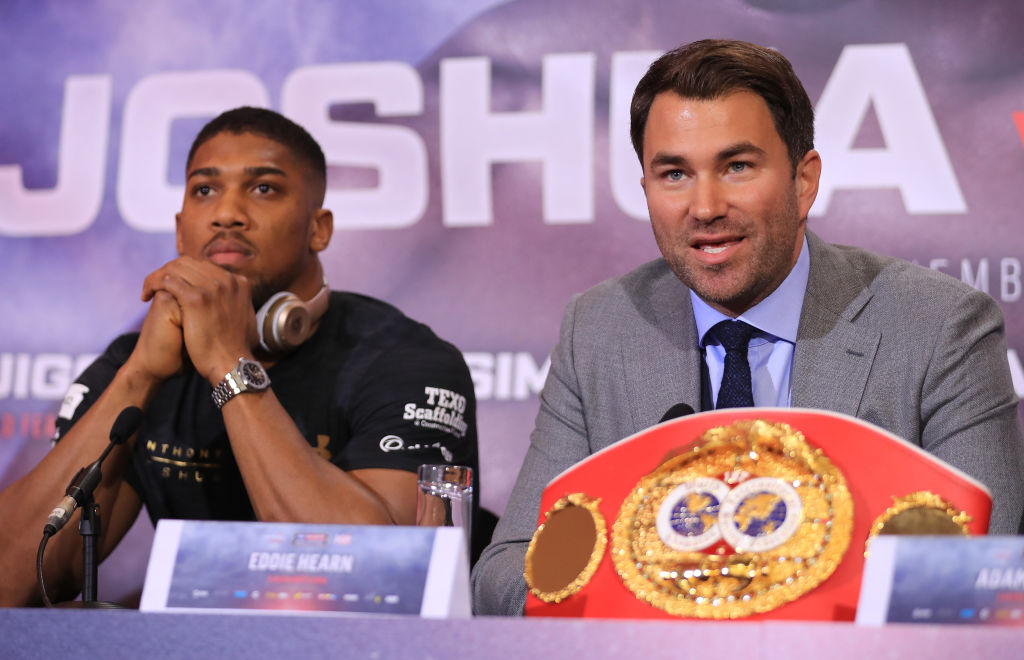 Eddie Hearn has revealed how Anthony Joshua reacted to the news that his unification showdown with Tyson Fury is now in serious doubt.

On Monday night, news emerged that an American judge had ruled in favour of Deontay Wilder in his legal battle to secure a trilogy fight with Fury.

The ruling also stated ‘The Bronze Bomber’ has the right to challenge Fury before 15 September, potentially dashing hopes for the Battle of Britain that was set to take place on 14 August in Saudi Arabia.

Joshua’s promoter Hearn has now admitted the issue is now ‘completely out of our hands’, with a resolution needed by the end of the week and alternative fights now being discussed.

A meeting with WBO mandatory challenger Oleksandr Usyk is the most likely scenario, with the reigning IBF, WBO and WBA (Super) champion Joshua keeping calm and happy to let his promoter take care of business.

‘He was okay,’ Hearn said of Joshua’s reaction when he heard the news.

‘I guess he’s been up and down during this process like we all have, and the positivity from Team Fury this week and the acceptance that we have a deal was great for everyone.

‘Everyone had started, pretty much, full training camp.

‘[I] had a very nice sleep, I spoke to AJ this morning, and we go to work again. It’s just another day of ups and downs, this is the boxing business.’