‘They sold under $1million in tickets’: UFC boss Dana White suggests Jake Paul cancelled his upcoming fight due to struggles with ticket sales and NOT because of Hasim Rahman Jr’s weight

UFC chief Dana White has suggested Jake Paul cancelled his anticipated upcoming bout with Hasim Rahman Jr due to a lack of interest and a failure to sell enough tickets.

Paul was set to meet Rahman Jr in the ring at Madison Square Garden on August 6 but has put the brakes on the fight due to an issue with his opponent’s weight.

White – who has clashed with Paul in the past – has offered an alternative theory, stating that the fight was cancelled due to low ticket sales for the bout at the famously expensive boxing venue.

‘That’s what I think. Not to mention hotel rooms in New York and transportation is very expensive.’ 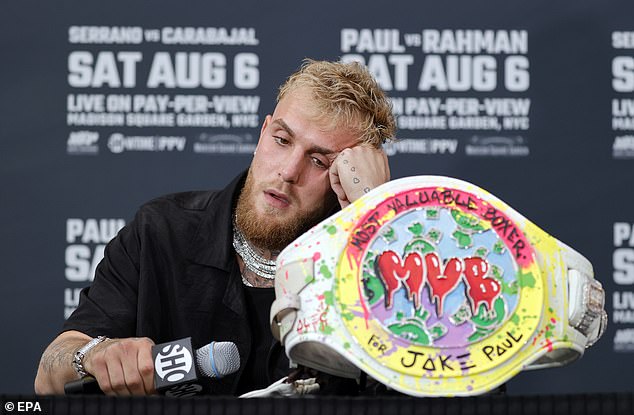 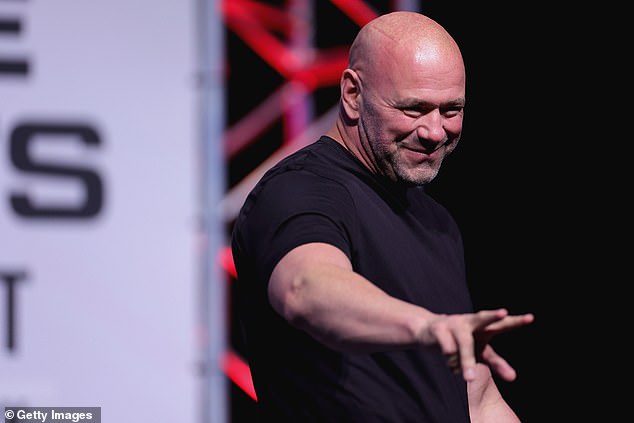 According to Paul’s promotion company, Rahman had lost less than one pound than he had initially agreed to for the fight – which was supposed to take place at a max of 200 pounds.

Rahman weighed 216 pounds on July 7 and had reportedly offered assurances to Paul’s team that he was on track to make weight at the weigh-in on August 5.

However, Paul’s camp claim that it ‘became clear that these assurances were not made in good faith’. 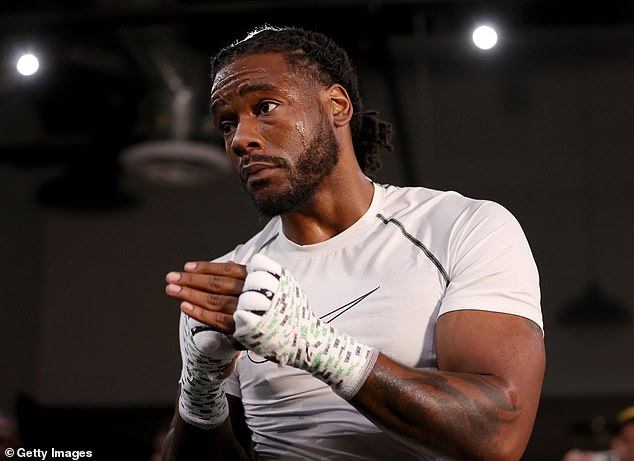 The Youtuber’s promotion team, Most Valuable Promotions, announced the news Saturday night as they said they could not work with someone who was conducting themselves in ‘such a deceiving and calculated manner’.

Paul was originally set to fight Tommy Fury, but the younger brother of heavyweight world champion Tyson Fury pulled out for a second time after he was refused the visa required to enter America.

The YouTube star called an ’emergency press conference’ as he posted a video to his Twitter account where he branded Rahman ‘unprofessional’, before immediately changing his bio to read: ‘Hasim Rahman Jr and Tommy Fury were both too afraid to fight me and I’m not the “real boxer”… lololol.’

‘Alrighty folks, emergency press conference,’ he said. ‘You may have seen the news Hasim Rahman Jr. has pulled out of the fight, this is not a joke.

‘I am devastated. I cannot f*****g believe this. We just found out this news.

‘This is just another case of a professional boxer, just like Tommy Fury, being scared to fight me. It’s as clear as day that these guys have been so unprofessional to work with, looking for any excuse to such more money out of this event. To coerce us into doing things.

‘And from the jump I knew from the bottom of my heart that this guys didn’t want to get into the ring with me it’s as clear as day.’

A statement by Paul’s Most Valuable Promotions read: ‘On July 5, Hasim Rahman, Jr. signed a bout agreement to fight Jake Paul on August 6th at Madison Square Garden at a maximum weight of 200 lbs.

‘At the time of signing Rahman provided evidence of his weight to give comfort to Most Valuable Promotions and the New York State Athletic Commission that he would not be losing more than 10 percent of his weight over the four weeks leading up to the fight. Since weighing in at 216 lbs on July 7, Rahman and his camp have offered assurance after assurance publicly and privately that he was on track to make weight at the weigh-in on August 5, going as far as to provide a letter signed by a recognized nutritionist that his weight cut was progressing without issue per New York State Athletic Commission’s required weekly weight checks.

‘In the last 48 hours, it has become clear that these assurances were not made in good faith.

‘On Friday, Rahman submitted a weight check to the New York State Athletic Commission that demonstrated he had lost less than one pound since originally signing to take the fight 24 days prior.

‘This prompted the Commission to declare that it would not sanction the fight at less than 205 lbs. Still, Jake Paul was prepared to move forward with the fight at this new weight and a new contract was sent to Rahman’s promoter reflecting a 205 lbs. limit, imposing strict penalties should he fail to make weight.

‘Upon receiving this new contract Saturday morning, Rahman’s camp indicated for the very first time that he planned to weigh 215 lbs. at the official weigh-in and would not agree to weigh-in at 205 pounds and informing Most Valuable Promotions that they are pulling out of the fight unless the fight was agreed to at 215 pounds.

‘MVP and Jake Paul will not reward someone that has conducted themselves in such a deceiving and calculated manner.

‘Therefore, MVP is left with no choice but to cancel the August 6 event. This forced outcome impacts Jake Paul, Amanda Serrano and every other fighter on this card who have trained tirelessly over the past few months for this event. The boxing community must hold Hasim Rahman Jr. liable for his lack of professionalism.