Dereck Chisora trains in the gym ahead of Oleksandr Usyk fight

Dereck Chisora clashes with New Zealand’s Joseph Parker on Saturday night at the Manchester Arena. Both fighters will be hoping for a win this weekend to move up the heavyweight ranks, in a bid for a title shot against either Tyson Fury or Anthony Joshua.

Chisora and Parker will finally get to meet in the boxing ring on Saturday night, after 18 months of planning.

The fight was originally scheduled for October 2019, but Parker was bitten by a spider and became unwell, so the fight was postponed.

Plans to reschedule the fight were put on hold during the start of the coronavirus pandemic, but the boxers are finally set to clash this weekend.

Chisora goes into the match as the bookies’ underdog, as he aims to get back to winning ways. 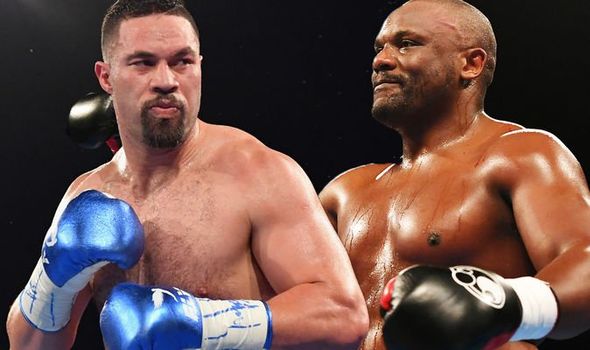 Chisora has won 32 of his 42 professional fights, but has struggled to break into the elite heavyweight contenders.

He’s lost twice to both Tyson Fury and Dillian Whyte, as well as to David Haye and Kubrat Pulev.

Most recently, Chisora lost on points to Oleksandr Usyk, in October last year.

Parker, meanwhile, has won 28 of his 30 professional fights, and is eight years younger than Chisora.

His only two defeats came in quick succession against Joshua in March 2018, and then Whyte four months later.

Since then, the 29-year-old has won all four of his fights, including knockout wins against Alexander Flores and Alex Leapai.

Parker won his most recent fight against Junior Fa just over two months ago. 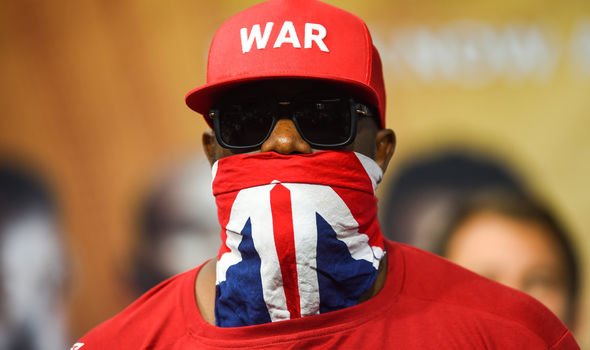 What time is the Chisora vs Parker fight tonight?

The undercard is set to get underway from 6pm on Saturday May 1.

Chisora and Parker are expected to make their ring walks at around 10.30pm.

The fight will be broadcast exclusively by Sky Sports Box Office.

The pay-per-view event will cost £19.95, with repeats showing at 9am and 4pm the following day.

What’s the undercard for Chisora vs Parker?