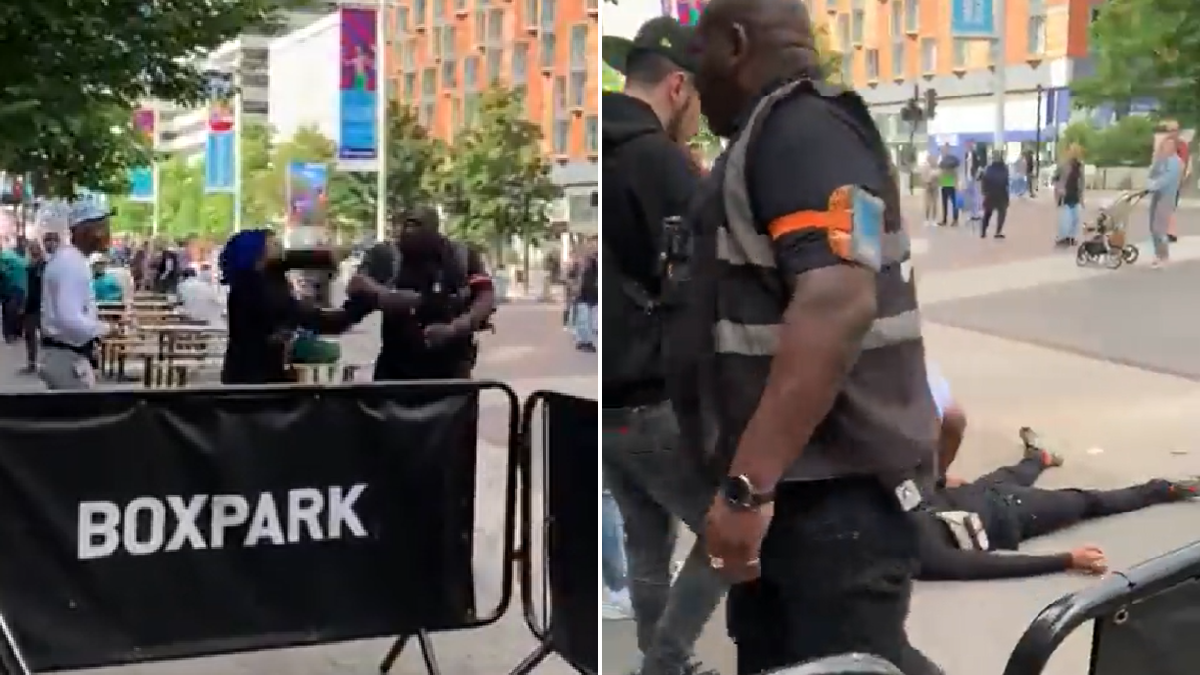 One rowdy punter bit off more than he could chew when he confronted the wrong security guard – a former British heavyweight champion and one-time Mike Tyson opponent who left him knocked out cold on the pavement.

The video clip from Box Park in Wembley shows an altercation between a group of men and security staff outside the venue.

Julius Francis, now 57, is pictured amid the melee, initially seen keeping his distance.

But as things begin to boil over, one of the men takes a swing at another which narrowly misses.

The same man then advances towards Francis who takes a step back before throwing a lightning quick right across that drops him and leaves him out cold.

‘An investigation into the circumstances, including to establish the identity and welfare of those involved, is under way.’

A spokesperson for BoxPark added: ‘Our team are aware of footage being shared online.

‘This incident is currently under review and part of an ongoing investigation, and therefore we are unable to comment further on the incident at this time.

‘We would like to stress that the safety and welfare of our customers and our staff is our number one priority.’

Francis retired from professional boxing in 2006 after 48 fights.

He won the vacant Commonwealth title in 1997 before also picking up the British title with a win over Garry Delaney in Belfast three months later.

The South Londoner also shared the ring with two modern legends of heavyweight boxing, fighting former champion Vitali Klitschko in 1998 with the Ukrainian then still establishing himself in the sport.

Two years later, he fought ‘The Baddest Man on the Planet’ in Tyson in Manchester. Francis lost both fights after being stopped in the second round.