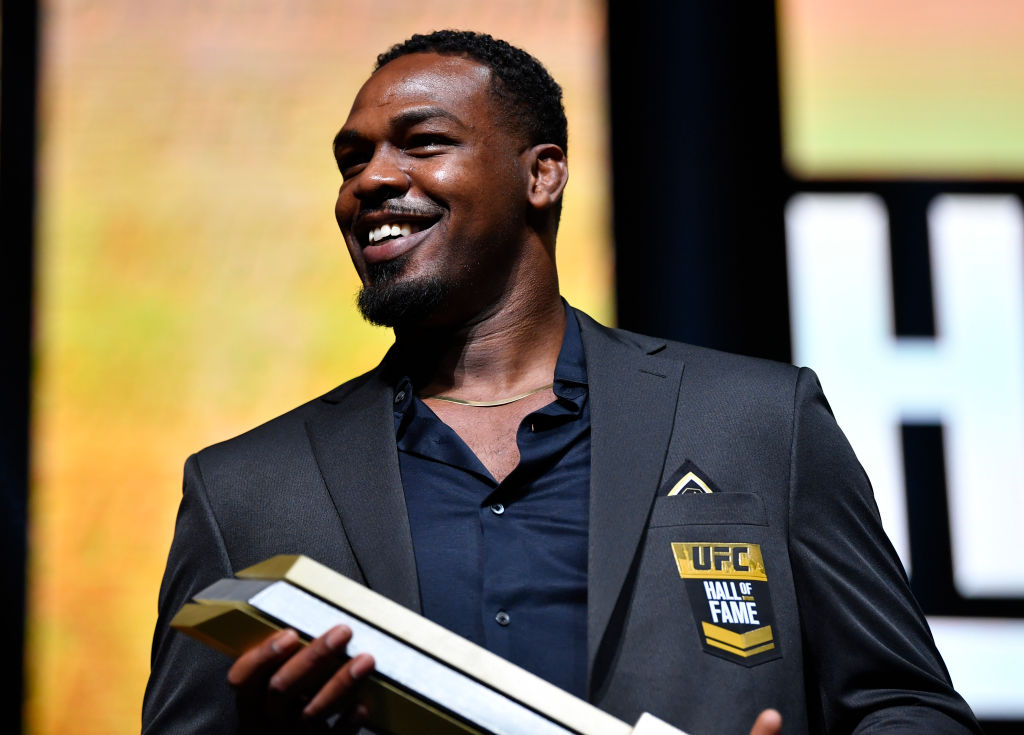 Jones was arrested on Friday morning on charges of misdemeanour battery domestic violence and felony tampering with a vehicle.

The 34-year-old has since been released on bail. His arrest came just hours after being inducted into the UFC’s Hall of Fame.

Jones has since shared a video on his Instagram Stories of him lifting weights with the song ‘You’ve Got a Friend In Me’ from Randy Newman playing in the background.

The former light-heavyweight king also included a number of quotes over the image, including a promise stop drinking.

‘I have way too much trauma to consume alcohol, my brain simply can’t handle it anymore,’ he wrote.

‘I will leave alcohol in my past forever’.

Jones also wrote: ‘Now is the time to work harder than ever.

‘Turn this nightmare into the best thing to ever happen in my life.

‘What the devil means for bad, God means for good.’

The two-time UFC light heavyweight champion was stripped of his title in 2015 after he plead guilty in a hit-and-run incident.

Jones has also failed two drug tests and was arrested last year for alleged aggravated-DWI and negligent use of a firearm.

‘When we bring him here it’s almost expected. You can’t even get him in Las Vegas for less than 12 hours to induct him into the Hall of Fame. It’s a problem.

‘Is it really shocking anymore? It’s really not. It’s become not shocking. It’s almost like, ‘Uh oh, this guy is in Vegas, what’s gonna happen today?’

‘You want to hope that the guy is better and that won’t be the case, but he proves that every time he comes to this town that he can’t handle this place.’