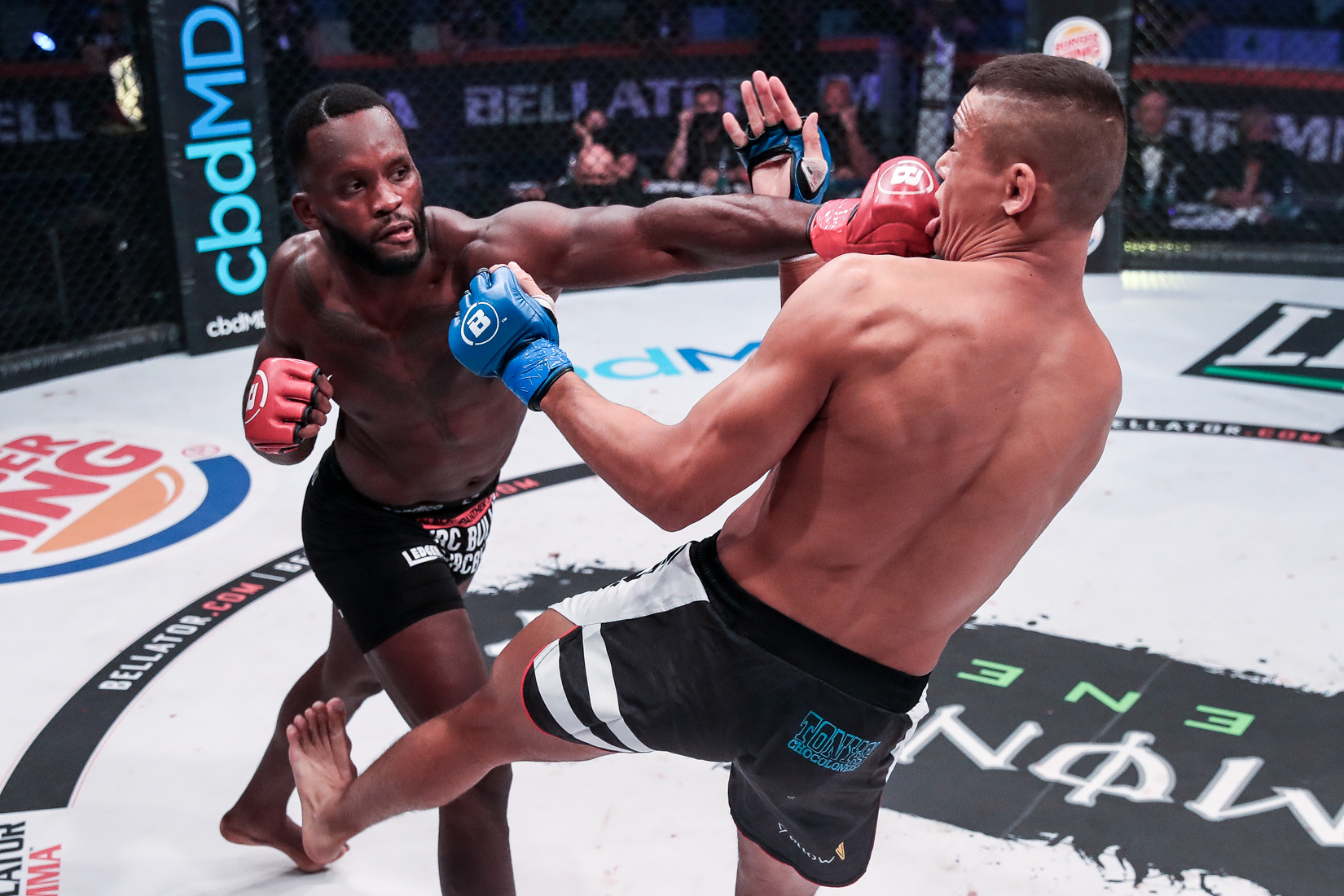 Fabian Edwards has vowed to bounce back in vicious style in 2021 as he eyes the opportunity to ‘retire’ MMA legend Gegard Mousasi and win the Bellator middleweight title in one swoop.

Edwards, 28, returns to the cage on Friday at Bellator 259 to take on Austin Vanderford in his first fight back since his first career loss to Costello van Steenis last year.

Heading into what he describes as the ‘biggest fight of his career’, the Birmingham bruiser has promised to deliver an empathic performance on what will be his US debut as he looks to take a step closer to a title shot.

And that setback in Milan last September has done little to dampen his confidence with his state of mind clearer and more determined that ever.

‘I remember Costello was saying, ‘oh yeah hopefully that will humble him,’ blah blah. F**k that, no one will ever humble me! I’m always going to be confident regardless,’ Edwards told Metro.co.uk.

‘Mentally, that defeat never knocked me. It just pushed me. A champion is made when they face adversity. So that is what I believe I’ve faced and I’m going to come out of it stronger. On Friday, I’ll show that.’

Edwards is currently ranked fourth in Bellator’s middleweight rankings, one place behind Friday’s opponent Vanderford with the winner to move ever closer to the title currently held by veteran Mousasi.

Revenge against Van Steenis is also in Edwards plans with the Briton ready to line up the fights this summer, willing to stay in the US if that helps his cause. ‘The Spaniard’ was forced to withdraw from his bout with Lorenz Larkin earlier this month through injury with Edwards ready to mix it up again should his former opponent make a quick recovery.

But while he is eager to set the record straight, title ambitions takes precedence.

‘The title, then revenge,’ Edwards said when asked how he would like to prioritise the rest of the year. ‘But I need to get that revenge. If you offered me one of those first I would take the title and get the revenge later on anyway.

‘Fighting Mousasi, it would be perfect. I would love to go out there and fight a legend like Mousasi and retire him. That would be good for me.’

There is work to be done first on Friday however against Vanderford.

‘The Gentleman’ is undefeated in 10 fights and is coming off a decision win over Vinicius de Jesus but Edwards is adamant the American has never fought someone like him.

‘When things are going your way, and no one is resisting or giving you any problems, you think your style is the perfect style so you think you have no reason to change it up,’ Edwards said. ‘But I’m the bigger guy, he’s a welterweight. when he gets in there and feels it, he will realise.

‘It’s the perfect opponent for me. From my last fight, looking back it compared to my earlier fights, I need to go back to throwing with a lot more power. I feel like with this fight, that is what I’ll be going back to, making sure he feels that power straight away and that he knows this isn’t a game in there.’

Watch Fabian Edwards in action at Bellator 259: Cyborg vs. Smith, live on the BBC iPlayer from 10:30pm BST on Friday, May 21