Tennis: Andrew Castle on Sue Barker and the Queen's cup

Wimbledon is set to use technology to help fans grow their tennis knowledge at this year’s tournament, which is set to get underway at the end of this month. The likes of Novak Djokovic, Emma Raducanu and Rafael Nadal are all expected to feature when the action begins at SW19 and will be watched by a capacity crowd, with attendance figures set to return to normal levels after the COVID-19 pandemic.

A large portion of ticket holders will not be as clued up on the lesser-known figures at Wimbledon, though, with organisers having recently discovered that many fans were not aware of most of the players in the game. Spectators at this year’s event will, for the first time, have access to AI-powered stats in an attempt to get those in the stands closer to the action by improving their knowledge of the entire sport as opposed to just the big names.

“We found that most fans didn’t watch tennis the rest of the year,” Alexandra Willis, the All England Club’s director of communications and marketing, told The Guardian. “They also hadn’t heard of most of the players [and] this was a specific barrier to engagement.”

Fans in attendance at Wimbledon will also have access to Win Factor, a tool that will use data from a variety of sources to calculate and predict a player’s chance of winning a particular match. The new AI-led strategy will also aim to forecast upsets and shock results while pointing out the potential rising stars of the tournament, with fans also encouraged to input their own predictions and trawl through a wealth of information about the game’s lower-profile players.

JUST IN: Andy Murray provides fresh injury update with Wimbledon a week away 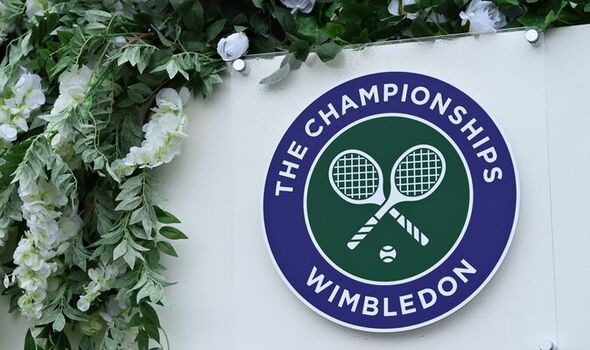 “Leveraging technology to help fans become more informed, engaged and involved throughout the Wimbledon fortnight is at the core of our strategy to ensure we keep Wimbledon relevant,” added Willis. “We can’t just celebrate the past, we need to look forward.”

Wimbledon will be liaising with IBM, their long-term technology partner, in order to provide the data that will be required to fuel their stats-led approach to fan engagement at SW19 this year. The new features are part of a wider initiative in tennis to recruit and maintain a younger, modern sporting audience in order to avoid being left behind in the digital era.

Organisers have already signed a deal with Netflix to create a behind-the-scenes documentary that is expected to echo the wildly successful Drive to Survive series that has helped Formula One to explode in popularity over the last few years. A much-needed refresh of Centre Court is also set to be completed before Wimbledon gets underway, with the venue poised to benefit from the restoration of old architectural details and an increase in the number of seats.

It remains to be seen whether the new initiatives in place at Wimbledon will have the desired effect when the next Grand Slam of the year begins in just under a week’s time. The top 16 men’s seeds were decided earlier this month, with Djokovic set to headline the billing alongside Nadal, Casper Ruud and Stefanos Tsitsipas ahead of the main draw, which is scheduled to be made on Friday morning.