Wimbledon finalist thought she’d ‘quit tennis and be a housewife’ 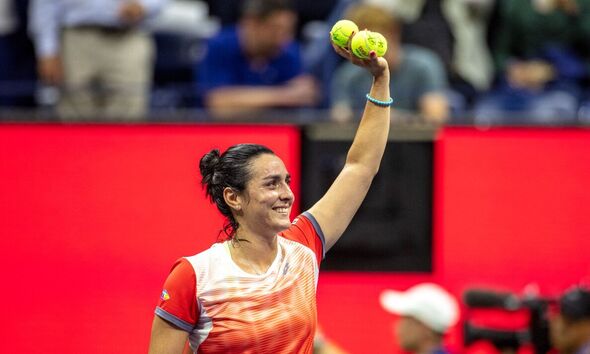 Tunisian star Ons Jabeur thought she would would be quitting tennis to become a housewife before an outstanding 2022 that saw her reach two Grand Slam finals. Jabeur, 28, had never previously been beyond the quarter finals of a major tournament, but captured the hearts of fans at Wimbledon on her run at SW19.

After becoming the first African and Arab woman to reach the final of a Slam, she was beaten in three sets by Kazakhstani player Elena Ryabakina. Later in the year, she repeated the feat at the US Open, but was unable to match world No 1 Iga Swiatek.

Jabeur however, finished the year as the No 2, and a gauge of her impact is that she is one of the players set to star in the upcoming Netflix tennis series, Break Point. The docuseries premieres on Friday, January 13, and in episode four Jabeur makes a candid admission: “I thought that I would be quitting tennis, that I will be a housewife. But I always believed in my dream,” she said.

The star also receives high praise from Chrissie Evert, who recognised her breakthrough achievement by saying: “Ons coming from and representing the Arab nations and the African nations is doing something that nobody else has ever done.”

JUST IN: Tim Henman lifts lid on private messages with Emma Raducanu in race to be fit for Aus Open

Former Wimbledon champion Maria Sharapova is also lavish with her praise, adding: “To come from nowhere, without any resources, any investments and getting past all the barriers and the significance of what that means for her country, for herself, for her family, it’s incredible.”

Jabeur’s season was arguably kick-started in Spain in May, when seeded eighth at the Madrid Open she overcame the likes of Belinda Bencic and Simona Halep to reach her first WTA 1000 Tour final. There, she beat American Jessicu Pegula before winning the German Open a month later.

Jabeur’s post-match reaction spoke volumes: “I can’t believe it. It’s crazy, I’m just so happy,” she exclaimed. “I want to scream so loud. Getting this title is all I’ve worked for, this is a big, big step that will make me believe more in myself and makes me believe I can win a Grand Slam.”

As per her ranking, Jabeur will be seeded second for the Australian Open this month, behind Swiatek. The Tunisian reached the last eight at Albert Park two years ago.