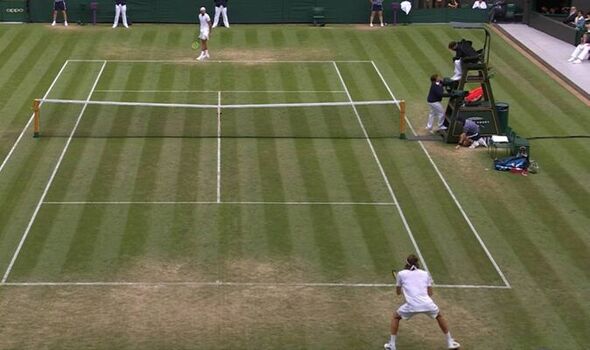 Stefanos Tsitsipas was booed by the Wimbledon crowd during his clash with Nick Kyrgios in their first-set tiebreak when he appeared to try and remove himself from the situationa after a line judge went to the umpire to make a complaint.

It was Tsitsipas who took an early lead in the set decider but Kyrgios began losing his head with the umpire and a few of the line judges.

Soon after Tsitsipas took a 4-2 lead in the tiebreak and the players went to change ends, a line judge playing behind Kyrgios went up to the umpire seemingly to make a complaint.

BBC commentators speculated that she was letting the umpire know of any bad langugage Kyrgios may have used.

All this was going on as Kyrgios began interacting with the crowd while waiting to serve. 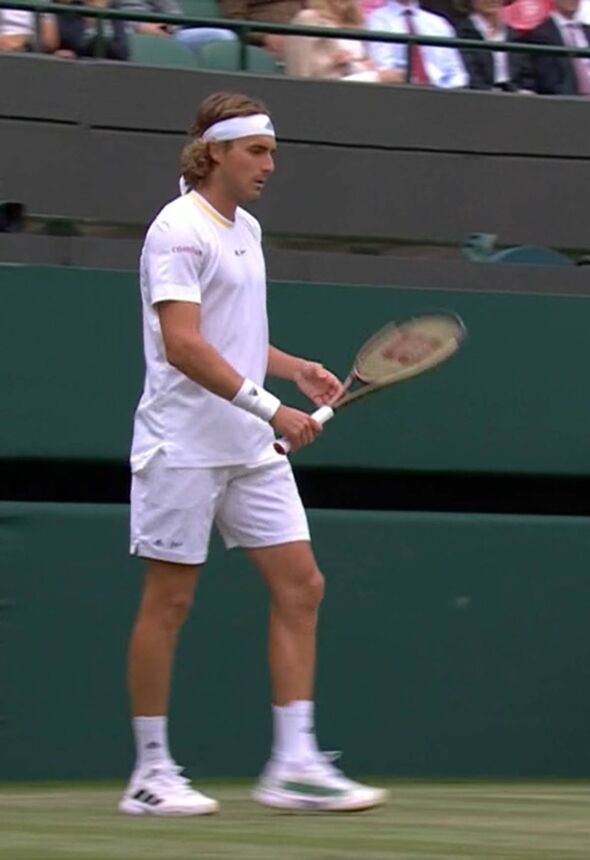 Tsitsipas was waiting on his side of the court while Kyrgios continued to delay his serve to talk with his fans and seemingly complain about the line judge behind him going up to the umpire.

And the Greek tennis star clearly had enough as he walked away from his baseline to recompose himself.

Kyrgios appeared agitated at Tsitsipas’ move as he shrugged his shoulders and the Wimbledon crowd were not impressed.

Tsitsipas was roundly booed by those inside Court One before returning to the baseline.

But Pat Cash defended the world No 6 for taking time out and stepping away from the situation.

He said on BBC: “Tsitsipas just did what he had to do, came up with some good shots at the right time, ignored all the chit-chat.”

And the 23-year-old managed to recompose himself before taking the first set and an early lead.