What time is Cameron Norrie playing today? All the details about Wimbledon quarter-final

Cameron Norrie is Britain’s last remaining tennis player in this year’s Wimbledon. He now faces a tough challenge against Belgian David Goffin in the quarter-finals – and it would likely be Novak Djokovic waiting for him in the semi-finals.

Norrie has only lost two sets in his four Wimbledon matches this year, and is favourite to beat Goffin.

If he wins his quarter-final tie, Norrie would face either No 1 seed Djokovic or 10th seed Jannik Sinner in the semi-final. 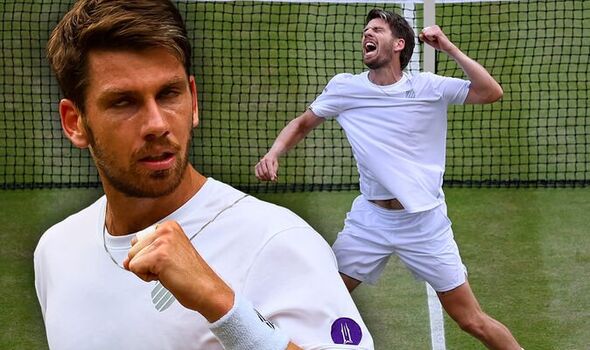 What time is Norrie playing today?

Norrie is scheduled to play against Goffin on Court 1 this afternoon.

It will be the second match of the day on the court, and the first men’s singles match.

Norrie and Goffin are estimated to enter the court at about 2.15pm.

But, the start of the match entirely depends on the duration of the first tie on Court 1; the women’s quarter-final between Tatjana Maria and June Niemeier.

Norrie is enjoying being the centre of attention at this year’s Wimbledon.

He’s had an incredible backing from the crowd at each of his matches, including when he beat Paul on Sunday afternoon.

Despite the raucous atmosphere, Norrie admitted he’s keeping level-headed, especially as the tournament has progressed. 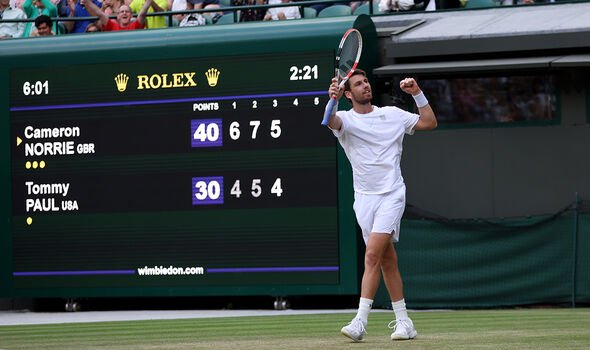 “The atmosphere was great and definitely helped me get over the line,” said Norrie.

“I feel like I’m improving and my level is getting better. I’m definitely a little bit more calm in the bigger matches.

“I was pretty nervous with my first-round match against Andujar, then was two sets to one down against Munar.

“I think I played my better two matches in the third and fourth rounds. It’s nice to do it that way round.”

Goffin also goes into the tie in tremendous form, previously knocking out 23 seed Frances Tiafoe in the Round of 16.

The Belgian came back from 2-1 down to win in five sets, including a final set tie break.

He previously beat Ugo Humbert, Sebastian Baez, and Radu Albot, before lining up against Norrie.

Elsewhere, Djokovic will be taking on Sinner on Centre Court at about 1.30pm.