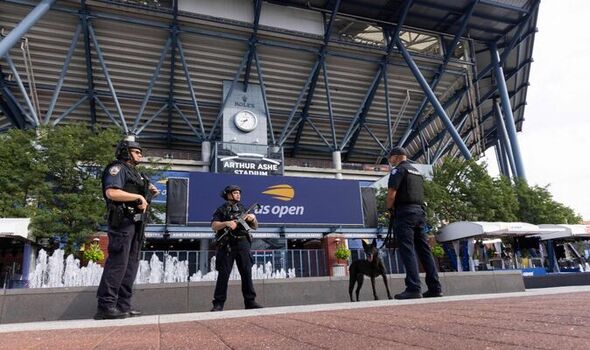 A man named Ricardo Betancur was arrested on Saturday after allegedly ‘waving a gun’ outside of a car window near the US Open grounds. According to the New York Post, Betancur, 23, was in the passenger side of a car, which was driving down Roosevelt Avenue, as he held the firearm out of the window.

Officers are said to have approached the vehicle, only for the driver to speed off as Betancur was ‘thrown out of the vehicle’. Police were then able to quickly apprehend the Long Island man as well as recover the ‘unloaded’ gun.

Betancur reportedly had drugs and ammunition on his person and is facing criminal possession of a weapon as well as drug charges. No shots were fired according to the report and nobody suffered any injuries.

The New York Post added that police confirmed a man was arrested ‘in the vicinity’ of the US Open, but gave no further details. There are also no further details provided on what gun was brandished and what Betancur’s intentions were. 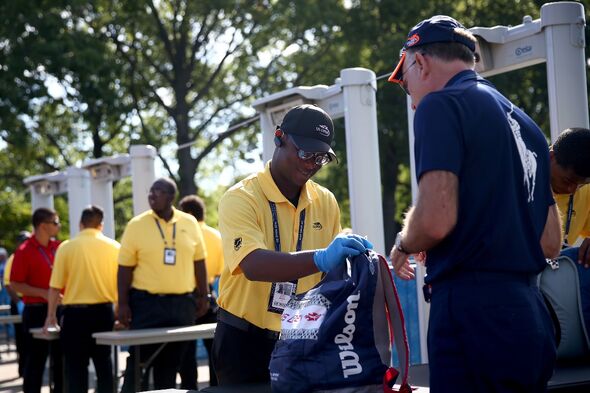 Play at the US Open continues today with Daniil Medvedev and Nick Kyrgios playing later tonight in the fourth round. At the 2019 US Open tournament, American doubles player Mike Bryan was fined $10,000 for making a gun gesture at a line judge.

During the second set of his doubles match against Federico Delbonis and Roberto Carballes Baena, a contentious shot called in by a linesperson. The call was challenged and hawkeye showed the ball was out before Mike spun around and pointed his racket at the linesperson like a rifle and pointing his finger.

He then shook his head disapprovingly before umpire Mariana Alves issued a code violation for unsportsmanlike conduct. The then 41-year-old initially contested the call with the umpire, asking: “Just tell me what I did real quick? What was the gesture?”

The doubles match was played just hours after a man in Texas shot seven people dead and injured 22 others in the 25th mass killing in the US that year. After being fined, Mike acknowledged his error in judgement and promised not to repeat the gesture.

“I apologise for any offense I may have caused,” he said. “We won the point and the gesture was meant to be playful.

“But given the recent news and political climate I understand how my gesture could be viewed as insensitive. I promise that I will never do anything like this again.”