Premier League: How did the season unfold?

Rafael Nadal will begin his defence of the French Open against 21-year-old Alexei Popyrin on May 30. The Spaniard has been placed in the same half of the draw as rivals Roger Federer and Novak Djokovic.

The tie is a repeat of Nadal’s last-16 win over the Australian at the Madrid Open, in which he went on to surprisingly lose to eventual winner Alexander Zverev in the quarter-final.

Nadal defeated Djokovic 6–0, 6–2, 7–5 to claim a 13th title at Roland Garros in 2020 and could face the Serbian in the semi-final this year should both players reach that round.

The 34-year-old recently defeated Djokovic in Rome to win the Italian Open after stumbling through the opening rounds. Nadal won the final 7-5, 1-6, 6-3.

Victory over Popyrin will set world No 3 Nadal up with a second-round match against either two-time Wimbledon semi-finalist Richard Gasquet or Hugo Gaston.

JUST IN: French Open draw: Nadal, Federer and Djokovic all in same half 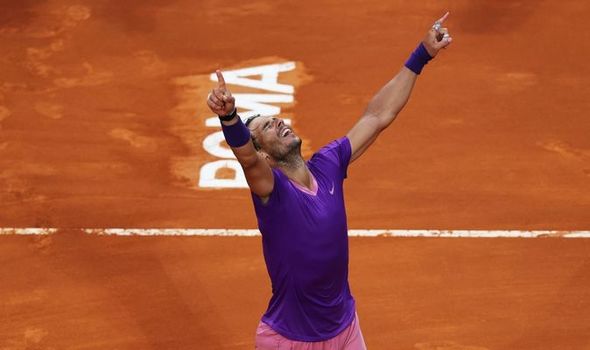 Cameron Norrie could await Nadal in the third round, but the Brit would have to either defeat or avoid world No 26 Lorenzo Sonego.

Nadal is hoping to win his fifth-successive French Open and his 14th of all time.

It would be his joint-longest streak winning the competition having also lifted five titles in a row between 2010 and 2014.

Meanwhile, Djokovic begins against American Tennys Sandgren. The 34-year-old defeated Andy Murray in the 2016 final but that remains the only French Open of his 18 Grand Slam wins.

Federer will start the tournament against a qualifier. The Swiss has not won the French Open in 12 years.

French Open favourite Nadal heads into the tournament in improved form, having won the Italian Open after his shock early exit in Madrid.

But he has downplayed the impact previous form can have on winning titles. 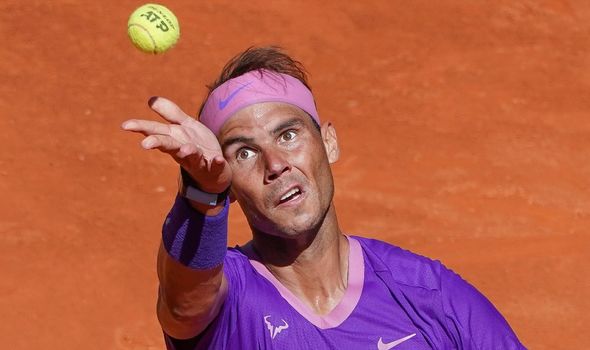 “Of course, it’s easier to win Roland Garros when you have won events in a row before during the clay-court season, as I’ve done throughout my career.

“But at the same time I’m nearly 35 and my situation is a little bit different. The main goal for me is to give myself a chance. I want to give myself chances to be competitive in every single event.”