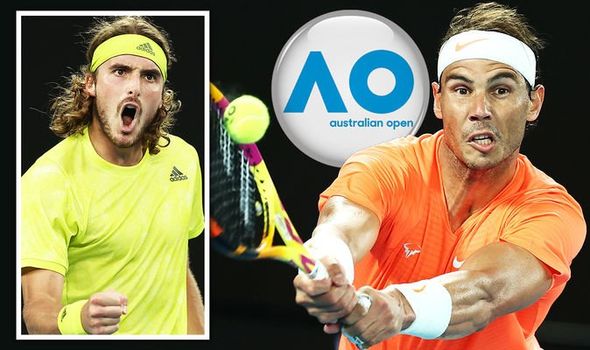 Stefanos Tsitsipas may benefit from an empty Rod Laver Arena against Rafael Nadal in the last eight of the Australian Open on Wednesday, believes Mischa Zverev. Nadal is looking to make the semi-finals in Melbourne for the third time in the past five years.

The world No 2 lost in the final in 2017 and 2019 while falling at the quarter-final stage in 2018 and 2020 and takes on Greek fifth seed Tsitsipas, who was given a walkover in the fourth round.

Matteo Berrettini withdrew due to injury to allow world No 6 Tsitsipas straight passage into the quarters and valuable extra rest and practice time.

Nadal, meanwhile, came through Italy’s Fabio Fognini and has still yet to drop a set at the two-week tournament after also seeing off Laslo Dere, Michael Mmoh and Cameron Norrie to get to this stage.

The 20-time Grand Slam champion faces Tsitsipas on centre court at approximately 8.30am UK time on Wednesday morning looking to set up a semi-final showdown with either fourth seed Daniil Medvedev or his fellow Russian, the seventh-seeded Andrey Rublev. 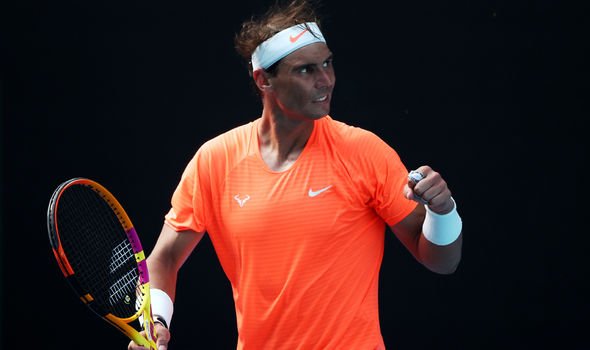 And Mischa Zverev, who made the Australian Open quarter-finals in 2017 and is the brother of Alexander Zverev, reckons Tsitsipas might have an advantage in Melbourne due to the fact the 14,000-seater stadium will be empty.

There is a lockdown in Melbourne until Thursday after an outbreak of the UK strain of coronavirus, with 13 cases detected from a quarantine worker who became infected at a hotel.

Zverev told Eurosport: “It [no fans in the stands] could benefit the underdog in a sense, because whenever you step on court with someone like Rafa in a semi-final, for example, no matter where you are from or where you are, the crowd loves Rafa.

“You would feel that, and if it got to 5-5 in the fifth set, you are going to feel the crowd cheering for Rafa mostly. In that scenario, it will benefit the underdog.

“It will also benefit the players who don’t get to play a lot on the big courts, there’s different personalities – some like the big stage, others who don’t so much, some who would rather practice on court 17 rather than court 1.

“It really depends on the personality but at the end of the game it’s all about the skill you show on court.”

Assessing the performances of Nadal, the 2009 Australian Open champion, at this year’s Grand Slam, Zverev continued: “Looking back Pete Sampras was the master of picking and choosing his points a little more – not focusing on return games if he had a break under his belt.

“He knew he would just serve it out. So far, Rafa hasn’t dropped a set, winning every match in straight sets is great and he hasn’t really had to fight for every single point.

“I’m sure if it gets to a fourth or fifth set you will see him fighting for every point because he needs to. At the moment, he hasn’t been challenged enough so he can show the true Rafa spirit.”

Nadal has a 6-1 record against Tsitsipas having only ever lost to the Greek when he was shocked in the Madrid Masters semi-finals two years ago. 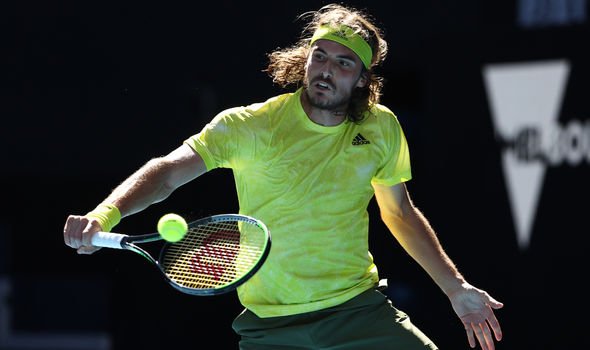 Previewing his quarter-final showdown, Nadal said after beating Fognini in straight sets: “I make a step forward today, something that I needed, and I need to make another one for Wednesday against Tsitsipas.

“I played first set [against Fognini] without a doubt has been my best level in the tournament. It’s normal, too, because I was able to practice for two days in a row. That makes an important difference.

“But at the same time, yeah, it’s important to find positive feelings now. My physical condition needs to keep improving. But I think this match helps, too.

“I was not able to practice the proper way for the last 19 days, but yesterday I started again to increase the amount of work on the practice, and today has been a positive victory with some long points, so that helps for the next match.”