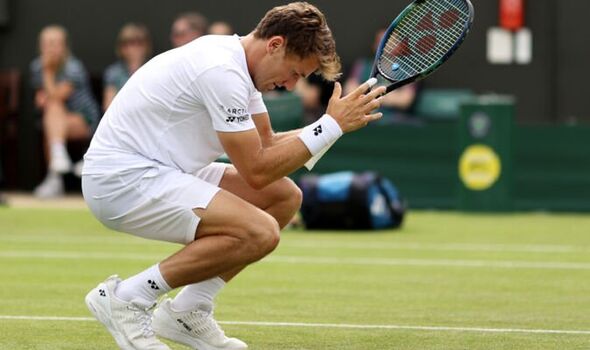 Rafael Nadal and Novak Djokovic’s route to the Wimbledon final has got a little clearer as another top seed fell on day three. Casper Ruud was expected to cruise past Frenchman Ugo Humbert on Court 2 but after taking a one-set lead he crashed out losing 3-6, 6-2, 7-5, 6-4.

Djokovic and Nadal are ranked No 3 and No 4 in the world but they are the top seeds at the All England Club because Daniil Medvedev and Alexander Zverev are absent. The pair are in opposite sides of the draw and could meet in the final.

One of their closest challengers was expected to be Matteo Berrettini but he was forced to withdraw from the tournament yesterday after contracting Covid. Ruud was also confident of bringing his clay form, in which he reached the French Open final, into the grass season.

But the Norwegian stumbled and has failed to make it past the second round, which is the best result of his career at the British Grand Slam.

Ruud won his opening match against Albert Ramos-Vinolas on Monday and was feeling good. 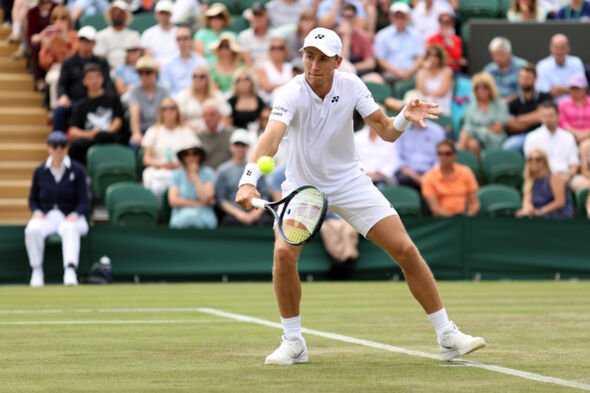 He said: “I was feeling surprisingly well, to be honest. I haven’t played much on grass this year, because I went for some holidays after Queen’s and before coming to Wimbledon.

“I had four days to get ready, so I was a little interested to see how I was going to play.

“But I felt well. I mean, I’m here at Wimbledon. There is something like very special with these courts. Any time you get to play on a match court it’s a great feeling. I was playing well and, yeah, very happy with the level I was able to show today.”