Rafael Nadal has addressed the prospect of facing world No 1 Novak Djokovic and Roger Federer in this year’s French Open. ‘The Big Three’ landed on the same half of the draw for the clay-court Grand Slam.

The triumph was Nadal’s 101st at Rolland Garros, to just two losses, and his 31st in a row as he breezed into the second round.

Djokovic and Federer also enjoyed straight-set successes to kick off their campaigns.

Federer marked his long-awaited return to grand slam action the day before with a 6-2, 6-4, 6-3 cruise against Denis Istomin. 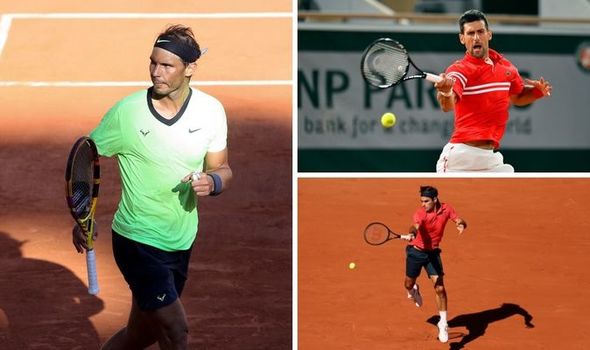 Speaking after securing his ticket to the second round, Nadal explained that he isn’t dwelling over potential opponents later in the tournament.

He said: “I am the third, [Daniil] Medvedev the second, Novak [Djokovic] is the first, no problem with that. I am here to try my best.

“When I am the third, you know that you’re going to have the chance to be in the same part of the draw as the No 1 and the No 2.

“This time [I’m in] the part of the draw with the No 1. I just won my first match, something I’m happy with, and I try to go for the second one, that’s it.

“All that stuff [on facing Djokovic and Federer] doesn’t worry me now, honestly.”

The 13-time French Open champion was asked about how he felt being the No 3 seed, despite his regular success at the event.

He stated he agreed with the ranking system and acknowledged tennis for doing it the fairest way.

“That’s part of the game. That’s how the ranking works, and there isn’t a sport fairer than tennis on that,” Nadal explained.

“There is a ranking. The seedings are made with the ranking you had during the last year, so that’s how it is.

“You need to find a way to do it, and that’s probably a good way to avoid any discussion. That’s it, fair enough. 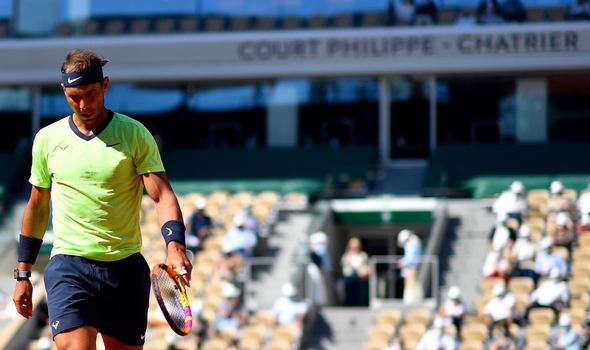 Nadal, Federer and Djokovic will all face their second-round tests in Paris on Thursday.

Richard Gasquet awaits the 34-year-old, whilst Djokovic faces Pablo Cuevas and Federer must get past Marin Cilic.

Despite being the No 3 seed, Nadal remains the tournament favourite among many.

Unsurprising, considering he’s won the thing 13 times in the last 15 years. One more title would see him surpass Federer on 21 Grand Slam triumphs, so there’s plenty at stake this time around.