The 26-year-old left-hander from Southend took the first set of their quarter-final and looked on course to add world number 48 Krajinovic to the scalps of Francisco Cerundolo and top seed Casper Ruud.

But experienced the Serbian hit back for a 4-6 6-3 6-3 victory to end British interest in the singles. 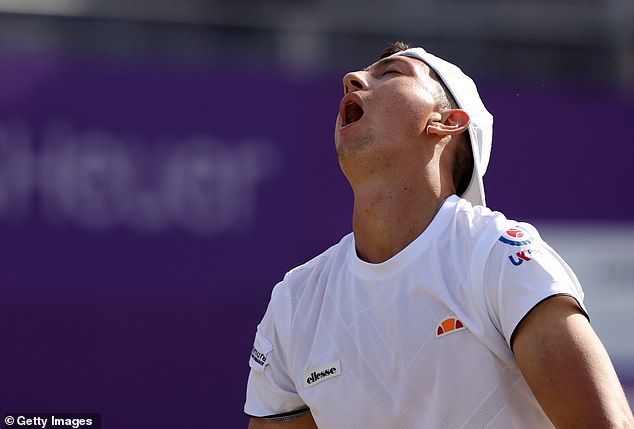 Peniston can console himself with a £50,000 pay day, almost double his earnings for the rest of the year.

He will also move up 35 places in the rankings to 145 in the world.

In an impressive start to the match, Peniston had already created seven break points before he finally struck for 5-4 after Krajinovic dumped a volley into the net.

A forehand winner which clipped the baseline brought up the opening set in just 47 minutes. 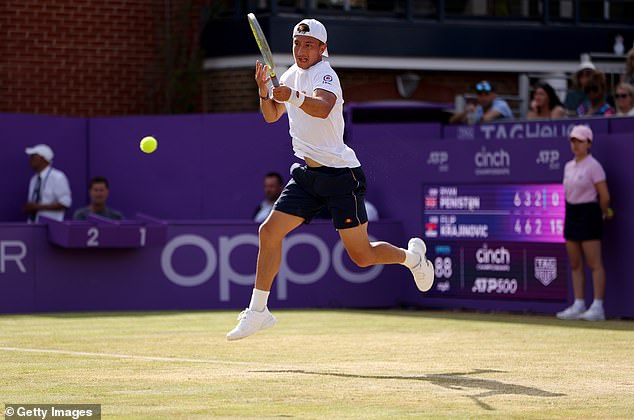 With the temperature touching 33C on centre court, Krajinovic threatened to boil over when he was called for a foot fault, but the 30-year-old grabbed the only break to level the match.

When Peniston’s forehand crashed into the net following a fine return of serve Krajinovic moved a break ahead at 3-2 in the third.

Peniston won an epic rally with a diving volley at the net to haul himself level, but his inexperience showed when he immediately double-faulted on his way to dropping serve to love.

After Peniston floated a forehand wide on match point, Krajinovic said: ‘That was really tough. 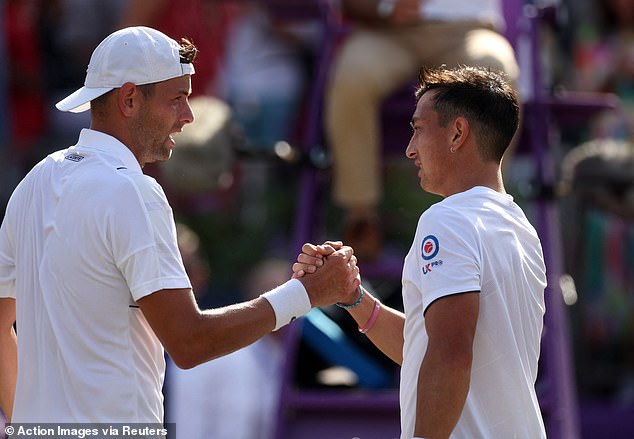 ‘The conditions were hot, windy. He played really well and for a set and a half he was the better player.

‘But I started to play more aggressively and he made some mistakes, and I’m very happy to be in my first semi-final on grass.

‘But he’s going to be a very good player, I wish him all the best.’

Peniston can now move on to next week’s tournament in Eastbourne having been handed a wild card.