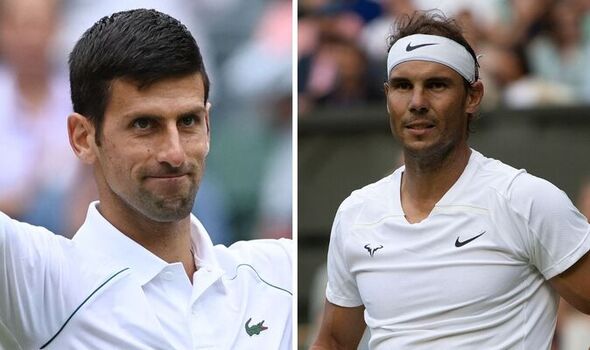 Novak Djokovic will find it “unacceptable” that Rafael Nadal has sailed ahead of him in the race to finish with the most Grand Slam titles, according to Andrew Castle. Djokovic had long been playing catch up with Roger Federer and Nadal with the latter two starting their dominance on the ATP Tour earlier in their careers.

By the time Djokovic won his first Major at the 2008 Australian Open, Federer already had 12 to his name while Nadal was sitting on three consecutive French Opens. Over the past decade, the Serbian has slowly drawn in his two biggest rivals and drew level with Nadal and Federer on 20 last summer when he won Wimbledon.

Djokovic was also on course for the Calendar Slam and he reached the US Open final, which was his first chance to move ahead of Nadal and Federer. But Djokovic ran out of steam in the end when he faced Daniil Medvedev, with the Russian star winning in straight sets.

The Australian Open this year was set to be Djokovic’s next chance to move ahead, but his refusal to get a vaccine eventually saw him deported in controversial fashion. Nadal would go on to win the title and move ahead on 21 titles and the Spanaird added to his tally at Roland Garros.

JUST IN: Katie Boulter SNUBBED by Wimbledon officials with Brit not on Centre 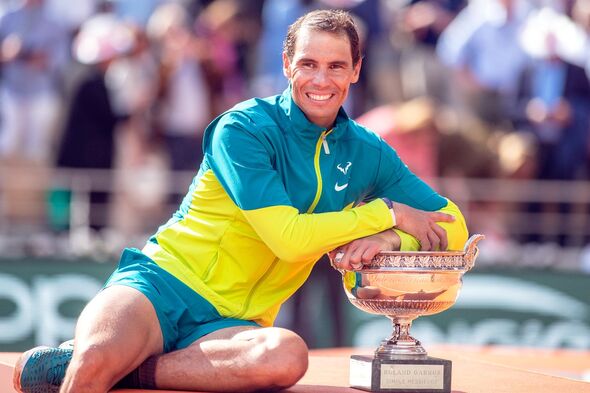 Now Djokovic is once again playing catch up with this year’s Wimbledon Championships his best chance to move to within one of Nadal. The Serbian progressed to the fourth round with ease against compatriot Miomir Kecmanovic and, speaking after the match, Djokovic admitted that he’s still motivated to win even more Grand Slams.

And former British No 1 Castle believes Djokovic will be even more motivated because Nadal is currently ahead of him. “Interesting that Novak would mention in that interview that one of the things that is pushing him is to get this Grand Slam record,” Castle said on BBC.

“Having got so close to then have Rafa pull away, this is unacceptable no doubt in Novak’s mind.” Djokovic looked shaky in his first-round match against Soonwoo Kwon, who more than matched the world No 3 in the first two sets.

But the 35-year-old feels he has improved with each round and will have his eyes on a seventh Wimbledon title. “Honestly I think I have been playing better and better as the tournament progresses which is something you always wish for,” he said.

“You want to raise the level of tennis up a notch each match so that’s what’s happening. I know I can always do better and I always expect the highest from myself but so far so good and I look forward to the next round.”