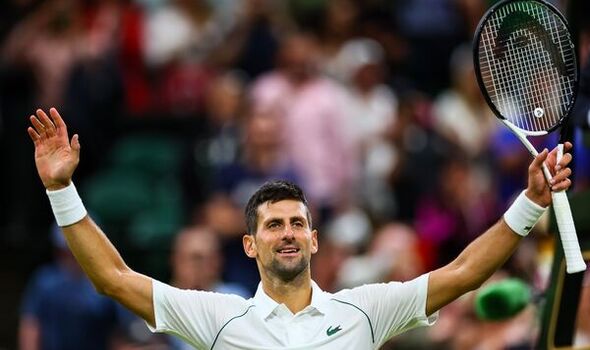 Novak Djokovic has been tipped to shed the ‘villain’ tag he has picked up over the past year and become popular once again with tennis fans. The Serbian star endured a tumultuous start to the year when he was deported from Melbourne and was unable to play in the Australian Open due to his stance on the Covid vaccine.

The 35-year-old attracted criticism from far and wide, and has opened up about how the whole unsavoury experience left him with ‘mental and emotional’ scars. Nevertheless, Djokovic has generally been warmly received at Wimbledon so far as he attempts to win the tournament for a seventh time.

He defeated Tim van Rijthoven in four sets on Sunday to book a quarter-final spot, and will take on Italian Jannik Sinner on Tuesday looking to reach the final four once again. Speaking on the BBC ahead of that clash, former Great Britain Davis Cup captain Leon Smith gave his verdict on Djokovic’s Wimbledon so far.

“It was interesting because I sensed more warmth from the crowd towards him in the last match, which I think will mean a lot to him,” he said. “It might give him a different feeling, because often he’s fighting against it. 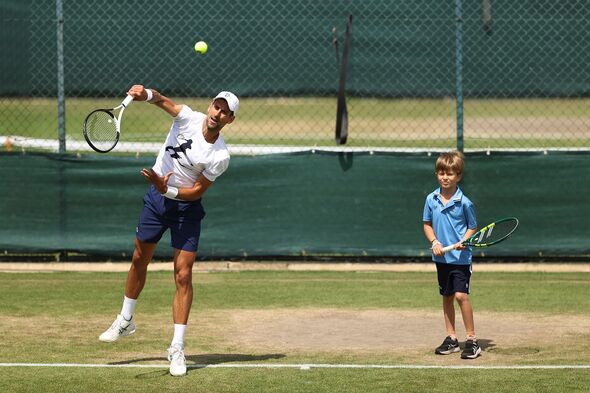 “That might change if he goes and plays Rafa Nadal in the final, of course. But right now he seems to be getting a bit more love from the crowd and he’s responding well to that.”

Three-time grand slam semi-finalist Johanna Konta then added: “I think being in the era of Roger Federer and Rafa, who are so loved, Novak has become this villain which he never sought to be.

“His whole attitude is so professional and I think he finds himself the villian which he never wanted to be. So it is tough. Whatever your opinion of the topics of this year, it takes a very tough individual to come through that and find his level, which he is finding now.”

Djokovic is regarded as the hot favourite to win this year’s men’s singles, but will have to get past a difficult opponent in Sinner first. And the 20-time grand slam winner paid the youngster a big compliment by saying he sees some of himself in him.

“I kind of see a little bit of myself in his game,” he said in his most recent press conference. “From back of the court, playing flat backhands, constantly staying on the back of the line, trying to put pressure on opponents.

“I have only superlatives and positive things to talk about Sinner’s game. We all know he’s very talented. He’s already now an established top player.

“I’ve seen him play many different surfaces in the last few years. He’s maturing a lot on the big stage… He’s very confident. He believes he can win against anybody [in] any stadium, which is important for a young player like him. He’s already now experienced, even though he’s still young, because he has had big matches.”