Wimbledon: Djokovic in seventh heaven after beating Kyrgios in final

Novak Djokovic’s former coach Bogdan Obradovic has explained what the Serbian wants to achieve during his career, and dropped a hint over when the 21-time Grand Slam champion may call it a day. The 35-year-old moved one behind Rafael Nadal on the all-time Major list with his Wimbledon victory, but may not get the chance to draw level with the Spaniard until next year’s French Open.

Djokovic is not currently allowed to enter America for the US Open due to his Covid-19 vaccination status and, having been deported from Melbourne earlier this year, may not be able to compete at the Australian Open. Obradovic has suggested the exact number of Grand Slams Djokovic is hoping to win, and his timeframe may hint that the Serbian knows exactly when he wants to retire.

“I talked to Novak Djokovic when he was nine years old, that’s when we met for the first time,” Obradovic told SportKlub. “After that, when he was 13, we started working together for the next 18 years, which is a very long time.

“He told me every time and I know his idea. He wants to get to the number 30, which is three-zero. That’s what Novak wants. So, for the next five years, he will play and he will probably have 20 opportunities to get to that number, to 30 Grand Slam trophies. Let’s see.”

JUST IN: Rafael Nadal warned Novak Djokovic only getting ‘stronger’ 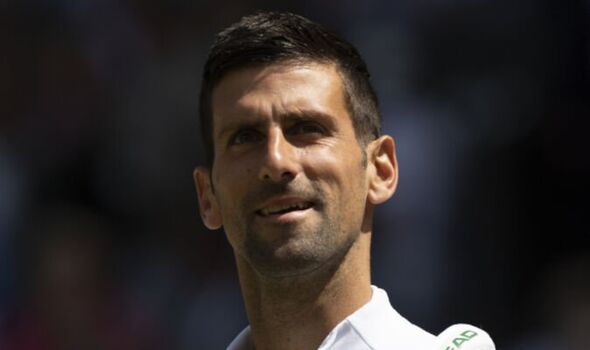 Djokovic aiming to reach 30 Grand Slam titles within five years suggests that he is looking to retire at around the age of 40, giving him five years to move ahead of Nadal. He did have the opportunity to take the lead in last year’s US Open when the duo were tied on 20 Majors and Djokovic reached the final in New York, but was defeated by Daniil Medvedev and then Nadal went on to win in Australia and France.

There are promising signs that Djokovic can compete in next year’s Australian Open, however, as reports claim that the country’s new Prime Minister Anthony Albanese will overturn the Serbian’s three-year ban. 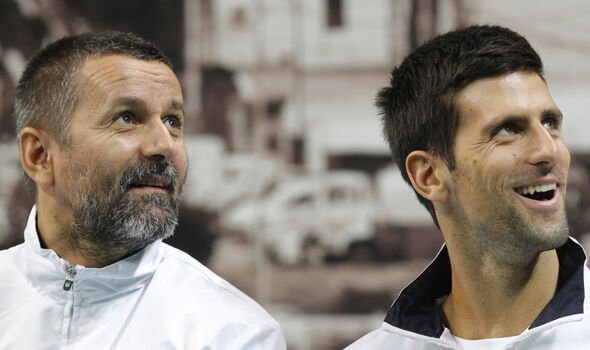 Djokovic, who has won Down Under nine times, obtained a special visa exemption to enter the country last year as his unvaccinated status was revealed during a time when the country was forced to stick to Covid rules.

He was deported after spending time in an immigration detention centre and had his visa cancelled, but the new PM could be set to overrule the decision to ban him for three years.

The Serb celebrated his 21st Major in style as he took to Belgrade and belted out several karaoke hits and drank wine with his friends with the Wimbledon title on the table, following his victory over Nick Kyrgios in the Wimbledon final.