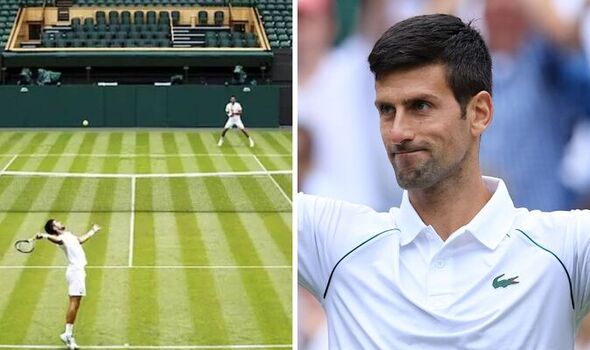 Novak Djokovic has admitted he didn’t like Wimbledon breaking tradition in allowing four players – including himself – to play on Centre Court before the tournament started on Monday. Wimbledon ground staff spend all year preparing the grasscourts for the summer Championships to have them in pristine condition.

The English major holds several traditions which set it apart from the other three Grand Slams with players required to wear all white among other rules. But two main traditions were scrapped this year with the main one being middle Sunday no longer being a day without any matches.

Wimbledon was the only major championships which had no play on the middle Sunday, but it was confirmed last year that the 2022 tournament would be the first tournament without that tradition. That wasn’t the only tradition Wimbledon appeared to relax this year with the reigning champions usually the first to step out onto Centre Court.

The honour of being the first to play on the main stage and break in the surface has long been bestowed upon the defending champion on Monday. However, four male players were allowed to practice on Centre Court just days before the official start of the tournament. 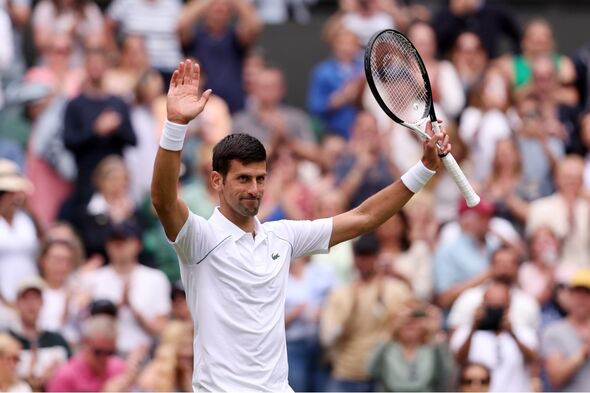 Rafael Nadal hit with Matteo Berrettini first with Djokovic practicing with Marin Cilic after. The All England Club explained the decision to allow players to break in the surface was due to complaints last year about the slippery surface.

Serena Williams was the most high-profile case with the American forced to retire and leave her match in tears, which she only just returned from 12 months later. While Djokovic was in favour of Wimbledon scrapping the tradition of no play on middle Sunday, the No 1 seed didn’t like the fact he wasn’t given the honour of being the first out on Centre Court on Monday.

“All the other Grand Slams are playing in mid-Sunday,” he said. “I’m glad that Wimbledon has introduced that, as well. I’m in favour of that rule change.

“Quite surprising this year with couple of changes in the tradition that we know Wimbledon is very close to. Even though I had the honour to practice on the Centre Court before the tournament started, I’m not really in favour of that rule change, so to say.

“I never thought that anybody will have ever an opportunity to practice on the Centre Court before the defending champion walks out on Monday. But I like the middle Sunday play.”