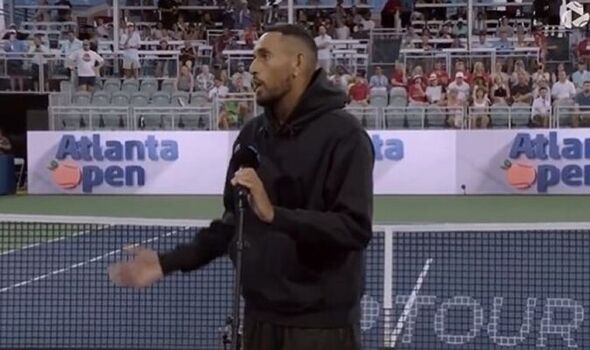 Nick Kyrgios was forced to withdraw from the singles event at the Atlanta Open before his campaign even began. The recent Wimbledon finalist took to the court on Tuesday evening to announce the news and apologise to the crowd after picking up an injury, though shared his hope he could keep competing in the doubles.

Kyrgios was set to face Peter Gojowyczk in his first match since losing the Wimbledon final to Novak Djokovic in four sets. It was the 27-year-old’s maiden berth in a championship match at Grand Slam level and he was hoping to carry his form into Atlanta, where he is a former champion.

But the world No 47 took to the court on Tuesday – when he was set to play the German – to announce he would be pulling out with a knee injury, sharing his heartbreak with the crowd as he apologised. “I just want to say that I’m extremely shattered that I’m not able to compete tonight,” the Aussie said.

“I’ve won this tournament once and, you know, I’m playing some of the best tennis of my career. All I wanted to do was come out there and give you guys a show and obviously see what I’m capable of, but I’m unable to give out my best performance today.”

JUST IN: Williams ‘excited’ for Citi Open ahead of potential Raducanu meeting 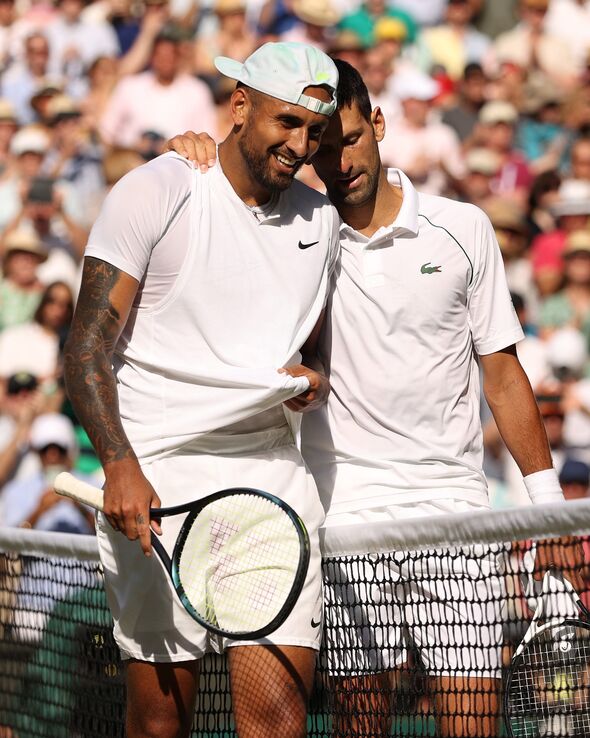 The former world No 13 had already started his doubles campaign at the tournament alongside Thanasi Kokkinakis, and the Australian Open champions defeated Nicolas Mahut and Edouard Roger-Vasselin in the opening round the previous day. Kyrgios was still hoping he could continue the doubles competition along his long-time friend.

He added: “I’m extremely sorry but I’m going to keep my hopes up and maybe be able to continue doubles with Thanasi this week.” 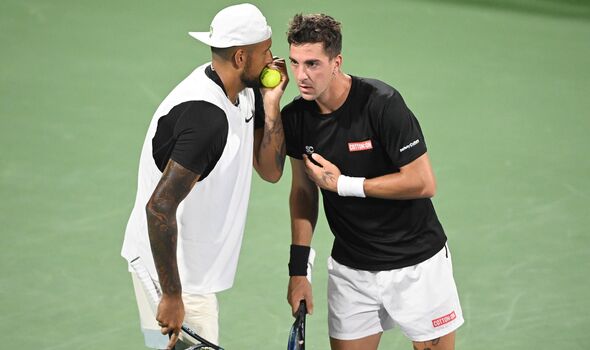 Kyrgios is scheduled to play in next week’s Citi Open in Washington, where he won the title in 2019. He will also be partnering another one of his good friends on tour, Jack Sock, in the doubles.

The 27-year-old will be hoping to recover from his knee injury in time for next week’s tournament. It’s not the first time Kyrgios has been struck down by an issue with the knee, as he ended his 2021 season after the Laver Cup through patella tendinopathy, which affects the tendon that connects the kneecap to the shin.