They wowed crowds together at the Australian Open earlier this year – but now Nick Kyrgios and Thanasi Kokkinakis could soon be putting on a spectacle on opposing sides of the net. The pair are on course for an early meeting at the Atlanta Open, which officially gets underway on Monday, July 25.

The pair were dubbed ‘The Special K’s’ as they embarked on an eventful run to the final, knocking out No 1 seeds Nikola Mektic and Mate Pavic. Afterwards, Kyrgios claimed the coach of pairing offered to fight them in the locker room, whilst Kokkinakis tweeted their rivals thought it was a ‘UFC’ contest.

In the final, the home pairing took on compatriots Matt Ebden and Max Purcell, and in front of a raucous crowd, beat them 7-5 6-3 at the Rod Laver Arena. For both players, the triumph represented their maiden Grand Slam win in any format.

Their bid to repeat the feat at Wimbledon was scuppered by the form of Kyrgios, 27, in the singles event. The Canberra man was his usual explosive self during his fortnight at SW19, being fined for spitting towards a spectator in his first-round match Paul Jubb, before being handed two further financial penalties for audible obscenities. 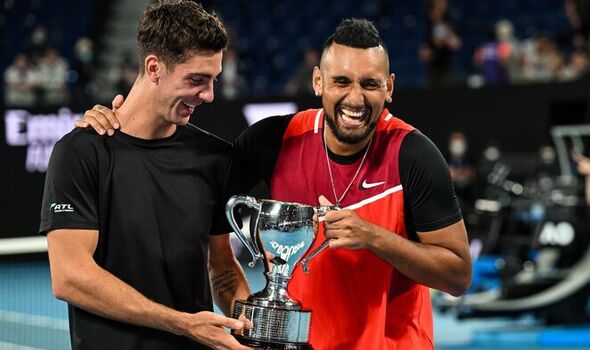 But it didn’t stop him surging into the final, where he was beaten by top seed Novak Djokovic in four sets. And now in his first tournament since, the prospect of an interesting clash with Kokkinakis seems very realistic.

Seventh seed Kyrgios will take on a qualifier in the opening round. Meanwhile Kokkinakis, 26, will be considered favourite when he comes up against American qualifier Andres Martin and if both Aussie stars prevail, they will go head-to-head in round two.

DON’T MISS:
Federer, Nadal, Djokovic and Murray may be banned from completing ‘Fab Five’ dream team
Sue Barker retirement: Everything tennis players have said on BBC icon’s Wimbledon exit
Heather Watson: ‘It’s vital everyone has the chance to pick up a racket’ 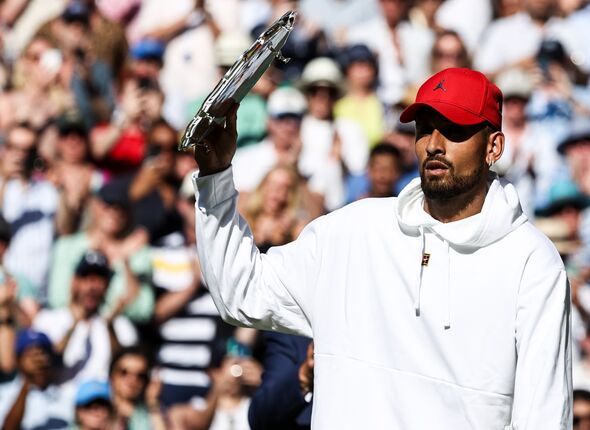 Elsewhere, defending champion John Isner, who conquered Andy Murray at Wimbledon, is seeded second and he faces either Ben Shelton or a qualifier in his first round match. Top seed Reilly Opelka has a bye into round two.

The tournament, in its 34th edition, traditionally forms an important part of the build up to the US Open. That event kicks off at Flushing Meadows on August 29.