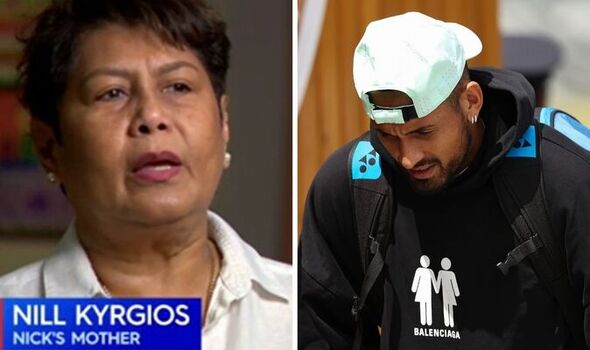 Nick Kyrgios’ mum has taken aim at those who criticised her son earlier in his career while paying credit to Andy Murray for spotting when the Australian tennis ace was not in a healthy space. Nill Kyrgios has not been able to travel to the Wimbledon final to watch her son face off against Djokovic due to health reasons.

But she remains his biggest fan from afar, although watching matches live also proves too stressful for her now. For Kyrgios, he has had one of the most turbulent journeys to the biggest tennis match of his life.

At one stage in his career, Kyrgios was thinking of walking away from the sport as he fell out of love with tennis. He’s been very open with his battle against depression and self-harm around the time of the 2019 Australian Open.

And his mother was clearly emotional speaking about that time in her son’s life, crediting three-time Grand Slam champion Murray for stepping in. “It’s been a tough, tough journey, just dealing with criticism and just trying to protect him but I can’t really protect him,” she told Nine News. 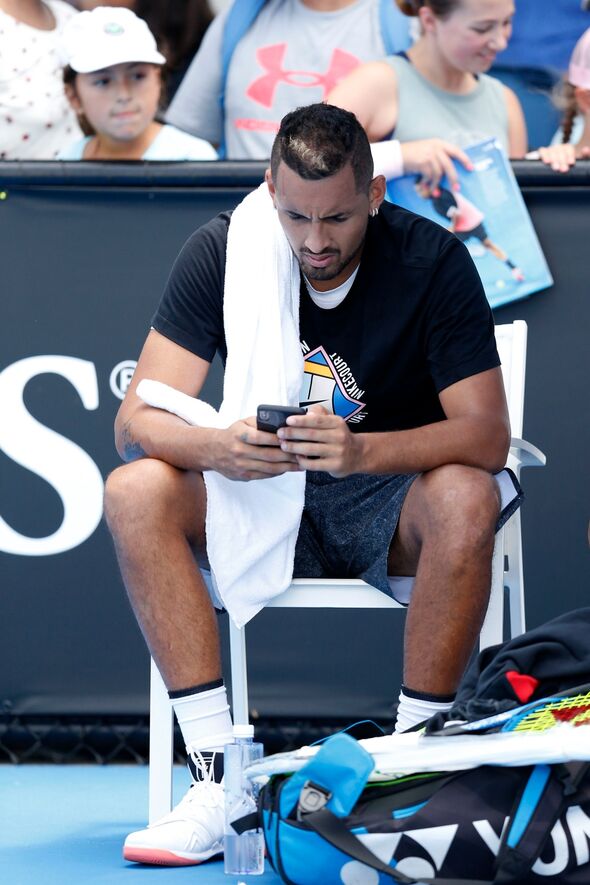 “The self-harming … I saw that and people told me that. I asked him about it and he didn’t want to talk about it at that time.

“John [Morris, former manager] spoke to me that Andy is worried about Nick because he can see some evidence of self-harm. And I blame others for that. For just pressuring him, criticising him. Even people we thought might be supporting him.

“That period was very hard. I just wanted to be next to him constantly so that I could see him… And if I can’t see him I worry about him so much that it becomes very difficult.”

Kyrgios was asked about his mother’s health and how the pair keep in contact during a tournament following his quarter-final win over Cristian Garin. While the 27-year-old would find it “amazing” to have his mum in the stands to watch him against Djokovic, he mainly hopes he’s made her “proud”.

“Obviously my mum’s health has been a bit rocky,” he said. “It’s been pretty bad for a while now.

“Obviously she’s not able to kind of come to these — she’s not allowed to travel that much. Even Australian Open, she won’t come to my matches because she’s got, like, a pacemaker and stuff, it’s too stressful, and all that type of stuff.

“Yeah, I mean, I try and talk to her. She’ll wake up in the morning, say, I just saw the live scores. It looks like you had a tough match. I’m just like, You have no idea. Obviously. I’m just glad she’s able to kind of keep an eye on me from home. Obviously it would be amazing for her to be here.

“But she’s obviously dealing with a lot of things. She has to make sure my dogs are fed at home as well. My brother just had a kid five days ago, George. It’s been a pretty eventful couple days for Mr. Kyrgios. So, yeah, hopefully mum is watching this and she’s proud.”