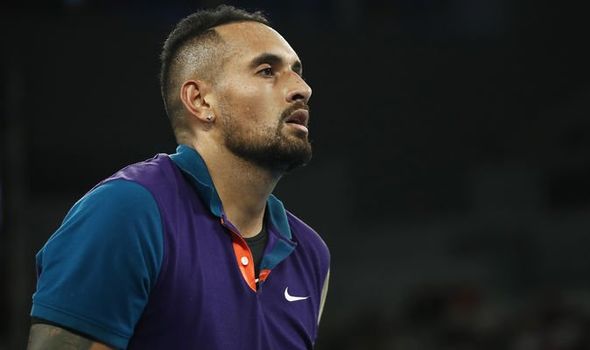 Nick Kyrgios raised doubts over playing at Wimbledon this summer after his show-stopping Australian Open defeat to Dominic Thiem. The Aussie whipped the home crowd into a frenzy before lockdown with some sensational tennis – and took the second set with an outrageous underarm serve winner.

The world No.47 has not played outside his homeland since last February and decided against travelling to the US and French Opens for health reasons. Wimbledon will be staged this year – probably with a limited crowd.

And asked about his future schedule, and whether he could return to Europe for the grass-court season, the great entertainer of the sport admitted: “I don’t even know what tournaments there are after this.

“I don’t know, man. I can change like the wind. But I don’t know how I’ll have to quarantine overseas in tournaments. 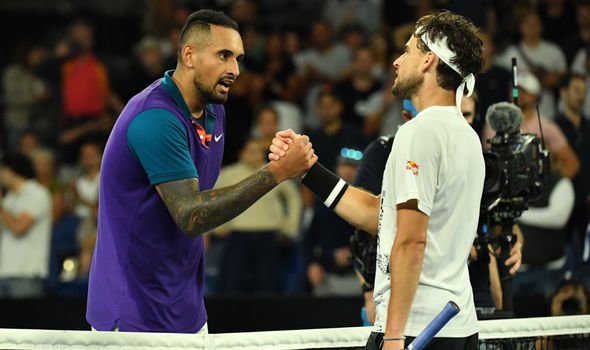 “For me personally, man, I’m used to playing in front of packed stadiums. I’m not gonna force myself around the world when the time is not right where I have to quarantine for a week and then play.

Kyrgios had two points to break the world No.3 again at the start of the third set. But he was then hit with a first code violation for swearing after Thiem held and then broke his serve for the first time.

And the Aussie was docked a penalty point for hitting a ball out of the John Cain Arena when he was broken in the fourth set after attempting a crazy between-the-legs tweener when he had game point. 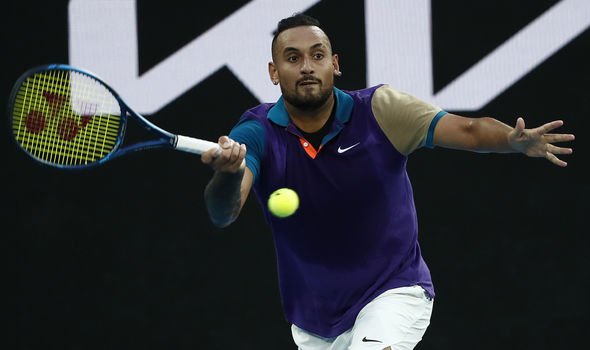 But the home hero said: “I’m pretty proud. I know that I absolutely left it all out there.

“I’m not taking any shame in losing to five sets to the Australian Open finalist and the US Open champion. I have learned this week that I have a big heart.”

Thiem, who fought back from two sets down to win the US Open final last September, said: “It was an epic match.

“Honestly I was already almost on my way home when I faced two breakpoints in the beginning of the third set. It definitely gives me a big boost for everything what’s coming.”