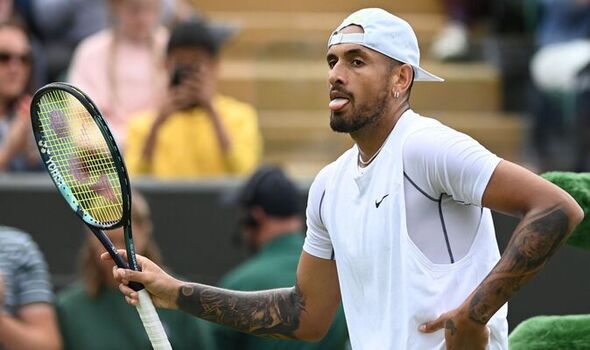 Nick Kyrgios made a statement with his incredibly one-sided win over Filip Krajinovic on Thursday in further proof of his clear talents on the tennis court. Speaking after the match, Kyrgios admitted that he feels Wimbledon is his best chance of winning a slam out of all four Majors.

The divisive Aussie has long been tipped for a major title ever since breaking out onto the ATP Tour back in 2014. But he’s managed just two quarter-final appearances in Grand Slams, the last of which came at the 2015 Australian Open.

Kyrgios has been guilty of getting in his own head during tough matches in the past and regularly finds himself in a war of words with members of the crowd or umpires. That side of him came out in the opening round match against Britain’s Paul Jubb and it nearly cost him a place in the tournament.

Kyrgios eventually came through the match in straight sets but was far from convincing. His match on Thursday against Krajinovic though was chalk and cheese compared to earlier in the week.

JUST IN: Broady in ANOTHER Wimbledon upset – and may play Boulter’s boyfriend

The performance on Court Two was proof of just how dominant Kyrgios can be *when* he is locked in and isn’t hindered by distractions. Heading into Wimbledon, Kyrgios had shown good form with recent wins over Stefanos Tsitsipas, Nikoloz Basilashvili and Pablo Carreno Busta on grass.

He didn’t walk away with a grasscourt title, but when asked last month who he thought the best player in the world heading into Wimbledon was, he said: “I mean, on the grass, I’d say me.” That self-assured nature has always been with Kyrgios but something is different with the Australian tennis star this tournament.

Particularly against Krajinovic, there was a calmness to Kyrgios in his ruthless demolition of the Serbian. One match and one performance won’t determine whether Kyrgios can in fact win Wimbledon.

But with so many top seeds such as Matteo Berrettini, Casper Ruud, Felix Auger-Aliassime and Hubert Hurkacz all being knocked out early, Kyrgios’ draw has opened up. A fascinating clash with Tsitsipas awaits on Saturday in the third round, but after that he faces a relatively straightforward route to the semi-finals where he could meet Rafael Nadal.

Kyrgios has already pulled out of the doubles with good friend Thanasi Kokkinakis to focus solely on the singles draw. The plan is clearly in place for Kyrgios to try and stick around at Wimbledon for as long as possible and potentially finally make his big Grand Slam breakthrough.

Whether he can maintain that same focus going into the second week of Wimbledon remains to be seen. But the confidence is there and undoubtedly he has the talent. It’s all up to Kyrgios now.