It took just 12 minutes for Nick Kyrgios to kick off at Wimbledon – smashing a ball out of court 3 after dropping his serve during the first set of his clash with Paul Jubb.

The Australian bad-boy – who is known for losing his temper – lashed out on Tuesday afternoon during his Wimbledon first-round match against the world No 219.

Kyrgios hit the ball out of the stadium after Jubb broke him to serve out the set at 6-3. He then went on to lose his temper with a line judge following their call.

‘Has one person today come to see her speak?’ Kyrgios asked.

‘No. I understand, but why is she doing that? Not one person in the stadium has come here to watch her do anything! Not one person.

‘Like, you know what I mean? You got fans, but she has got none.

‘What did I do? Like, come on. I know, but what? She just selfishly walks to you in the middle of a game because she’s a snitch!’ 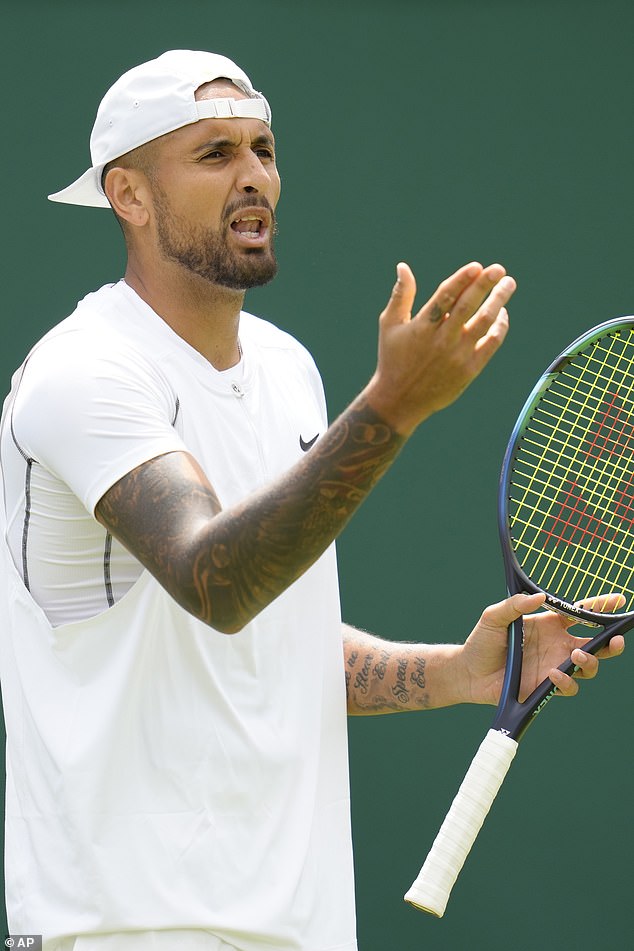