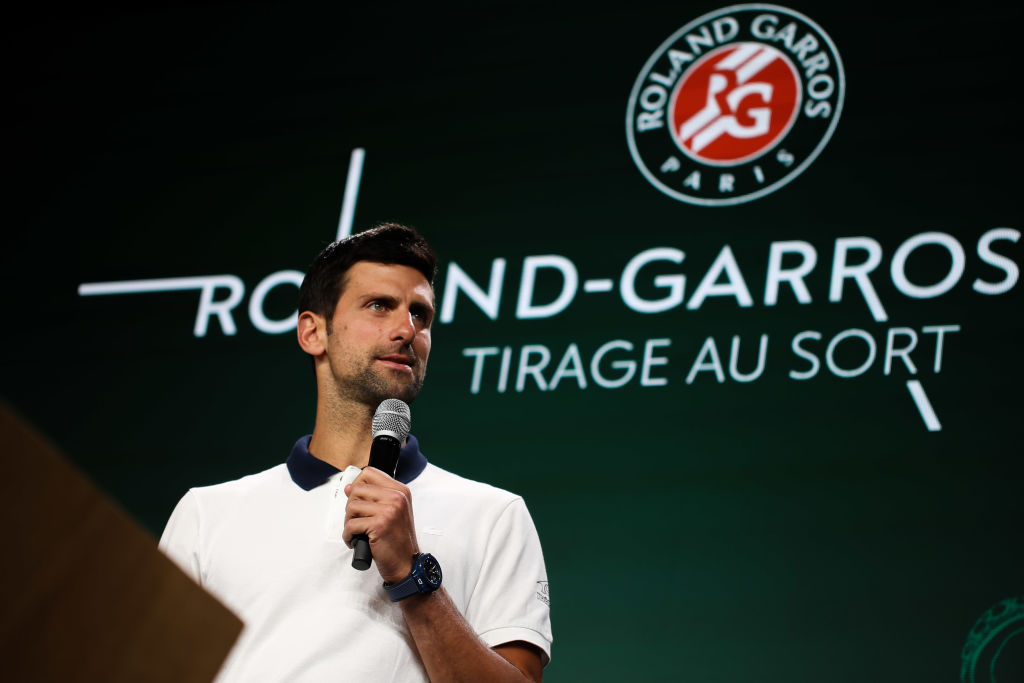 The French Open is the first grand slam in two years that will be free of Covid restrictions. That is cause for celebration, especially if you are the Serbian with 20 major wins who is defending his title at Roland Garros.

Novak Djokovic was deported from Australia in January for being unvaccinated and was therefore unable to aim for a 21st major. To add insult to injury, great rival Rafa Nadal went ahead and took a one grand-slam lead. Annoying to say the least and, some would say, a self-inflicted blow.

Djokovic has only played six tournaments this year as a result of his vaccination stance but I believe he still starts as favourite. By his standards he has been starved of success but he was back to his best last week in Rome where he won the Italian Open without the loss of a set.

But the man they all want to a glimpse of at Roland Garros is 19-year-old Carlos Alcaraz. Described by Alex Zverev, the world No.4, as the best player on the planet right now, the statistics back that up. This time last year he was ranked 97, now he is sixth and has won Miami on hardcourts and Madrid on clay before skipping Rome.

He became the youngest player since the ATP Tour began to beat three players in the top five back-to-back — Zverev, Djokovic and Nadal. Imagine how big a deal that is in Spain to defeat Rafa on clay.

Spaniard Alcaraz was aged two when Nadal won the first of his 13 French Open titles in 2005 and there can’t be a sporting figure who has carried himself with more grace or inspired more respect.

Well with respect, Carlos knocked him off and said all the right things about how Rafa was his idol, the man he looked up to.

All true but it speaks volumes that he has the presence of mind to find the right words as his world changes. Some credit should go to coach Juan Carlos Ferrero, another class act and former world No.1.

Never discount Nadal in Paris. He is by far the greatest clay-court player of all but is 35 — as Djokovic will be on Sunday — and has had a cracked rib this year as well as chronic pain in his left foot.

If the world rankings started from January, then Emma Raducanu would be around 50th in the world.

That feels about right for now as she adjusts to life on tour.

Exactly a year ago Raducanu, 19, was sitting her A-levels. A fair bit has happened since. To qualify for a grand slam is an effort worthy of respect. To win a round or two is exceptional. To go and win the whole thing is outrageous.

She has had a few victories on clay but has a troublesome back injury so expectations for the French Open and Wimbledon beyond should be realistic.

Without a coach but with those around her offering guidance, Emma and her family will do it their way and that’s to be applauded. We know about her potential but we will know around 2025 if she’s fulfilled it.