Serena Williams is out of the Australian Open after one of the most extraordinary meltdowns in her career.

Williams’ hunt for a record 24th grand slam crumbled in her hands, buried beneath an inexplicable mountain of unforced errors.

Osaka turned the tables on Williams after going behind early in the first set and ran away with a 6-3 6-4 victory that took just 75 minutes.

From 2-0 ahead, and a break point on her strings, Williams melted down spectacularly.

This was arguably the greatest of all time falling apart like a local social tennis player who wore the wrong shoes.

Cheered on by her husband Alexis Ohanion, Williams looked lost, flustered and powerless.

Williams lost nine of the next 10 service games.

Even screaming at herself after a rare winner to start the second set, Williams ultimately ended up being broken and falling behind again. 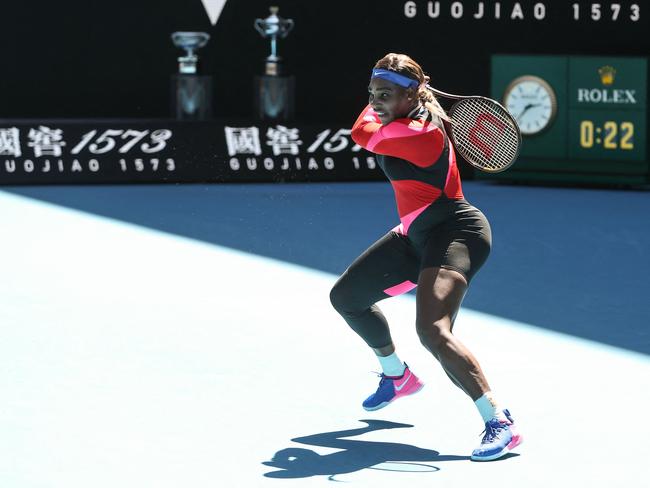 Serena Williams of was out of sorts.Source:AFP

“Make the shot,” she screamed into her chest as she clenched her fists.

Osaka was undeniably playing at a level that would have left any tennis player on Earth on the verge of breakdown – but this Serena defeat went both ways.

In the first set she had just four winners and 16 unforced errors.

One of the most brutal returners in the sport, Williams was rattling off groundstrokes that looked as ugly as they sounded.

It wasn’t until Osaka had the finish line in sight that Williams was gifted a look back into the match when Osaka had a mini-meltdown of her own with three double faults in the one service game, allowing Williams to level up at 4-4.

But Williams showed it simply wasn’t her day when she was broken on the very next service game.

Osaka was simply too good, and now leads Williams 3-1 in their head-to-head.

She will play the winner of the Jennifer Brady-Karolina Muchova match in the final.

Crowds returned to Melbourne Park on Thursday after Victoria’s five-day lockdown ended, with 50 per cent capacity allowed for the remainder of the tournament – they witnessed the rare sight of Williams being over-powered physically and mentally.

Williams and Osaka were greeted by largely empty stands when they entered Rod Laver Arena. 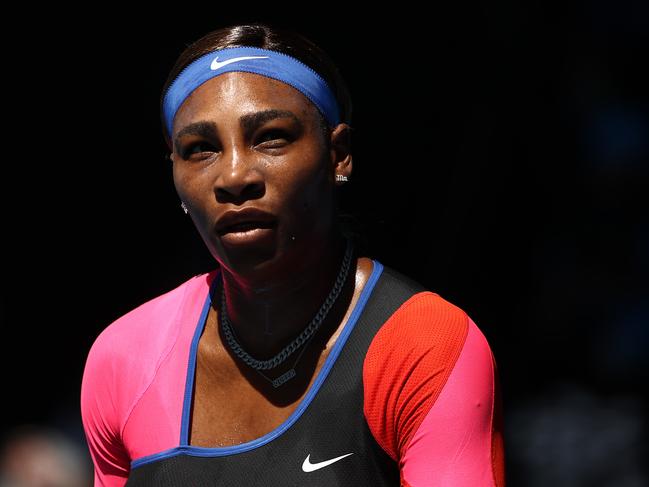 While the men’s semi-finals have been scheduled for the primetime evening slot, the women’s matches take place in the early afternoon of a weekday.

Regardless, the cheers and applause of spectators was a welcome addition to the contest after five days of eerie silence at Melbourne Park.

The atmosphere was just as eerie when Williams began to meltdown and a stunned crowd didn’t know where to look. They extended Williams a champions farewell as she returned their affection with an extended wave as she began to walk off Rod Laver Arena, leading to speculation the 39-year-old may have played her final match in Australia.