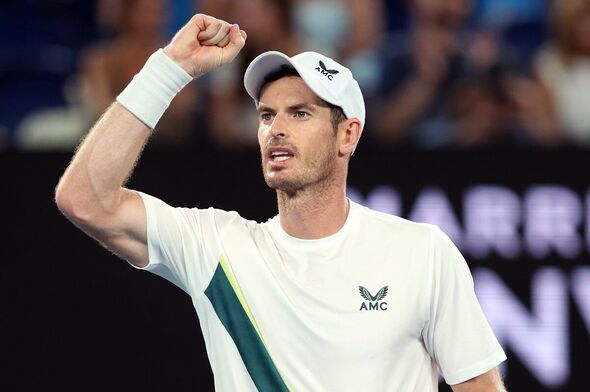 Andy Murray thanked his wife Kim for refusing to call time on his career after his best Grand Slam victory with a metal hip. The former world No 1 beat a top-20 player for the first time at a Major since 2017 when he saw off Matteo Berrettini in an instant classic at the Australian Open.

After leading by two sets, Murray needed to save a match point before winning his first ever fifth-set tiebreak. The Scot feared his career was over before the 2019 event here and has undergone two hip surgeries.

And despite four young children at home and a run of poor results,  Murray has worked hard with his coach Ivan Lendl to return to the top of the game at the age of 35. “This means a lot,” said the double Olympic champion. “The last few years have been difficult, there were a lot of self doubts. I lost some big matches. The motivation and belief have to come from me now at this stage of my career.

“I’m surrounding myself with people that I trust in and believe in. I listen to what they tell me. But I think it would have been quite easy for me to lose belief in myself and to stop motivating myself.

“My wife has been unbelievably supportive as well. She’s helped a lot because, I would understand if she turned around and said to me, with some of the tennis I was playing at the end of last year, and I’m not really having much success, if she said to me: ‘Look, come home, we don’t need to do this anymore’.

“But she’s been unbelievably supportive and she still believes in me as well.” The last time Murray beat a top player at a Grand Slam was world No 9 Kei Nishikori in the 2017 French Open quarter-finals.

The three-time Grand Slam winner, who faces Fabio Fognini or Thanasi Kokkinakis in the second round, said: “I’m tired, it was a brutal one, I missed the heat under the roof but it was tough.

“My tennis is in a good place, I’m playing well. I feel I can have a good run. I feel ready to have a decent tournament.”

Murray also added: “I will be feeling this evening and tomorrow. But right now I am just unbelievably happy and proud of myself. I have put in a lot of work into the last few months with my team who are here to give me the opportunity to come out and compete in arenas like this and against opponents like Matteo and it paid off tonight.”