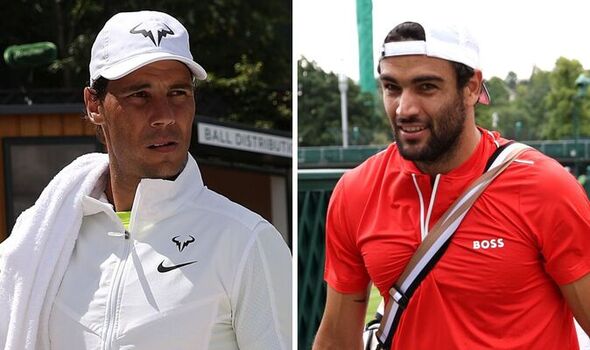 Matteo Berrettini’s withdrawal from Wimbledon has blown the bottom half of the men’s draw wide open with three players in particular benefitting. Berrettini was the in-form men’s player coming into Wimbledon this year after back-to-back titles at Stuttgart and Queen’s.

The Italian tennis ace also made last year’s Wimbledon final, losing to Novak Djokovic in four sets. He had seemingly put any injury issues behind him in the warm-up events for Wimbledon.

But just hours before his opening round match against Cristian Garin, Berrettini was forced to withdraw from the tournament after testing positive for Covid. “I am heartbroken to announce that I need to withdraw from @wimbledon due to a positive COVID-19 test result,” he said.

“I have had flu symptoms and been isolating the last few days. Despite symptoms not being severe, I decided it was important to take another test this morning to protect the health and safety of my fellow competitors and everyone else involved in the tournament.

“I have no words to describe the extreme disappointed I feel. The dream is over for this year, but I will be back stronger.” 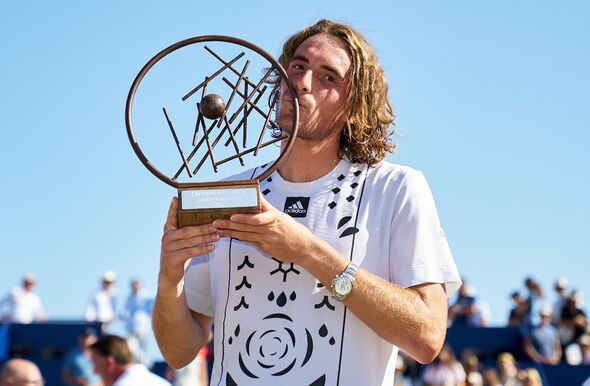 Lucky loser Elias Ymer takes Berrettini’s place in the men’s draw, but Berrettini’s withdrawal now completely blows open that half. Berrettini was set to meet Rafael Nadal in the semi-finals in a potential blockbuster match.

For the Spaniard, that could have proven one step too far in his bid for the Calendar Slam. But the 22-time major champion won’t be the only player to benefit from Berrettini not playing at Wimbledon.

Stefanos Tsitsipas has long struggled to show top form at Wimbledon but comes into the major off the back of his first grasscourt title at the Mallorca Championships. The No 4 seed was on course to meet Berrettini in the quarter-finals, but now faces a much easier path through to potentially face Nadal.

Denis Shapovalov, who enjoyed a breakthrough at Wimbledon last year in reaching the semi-final, was also in the same quarter as Berrettini and would similarly have been on course to meet him in the final eight. The Canadian lost to Djokovic in last year’s semi, and has been in poor form on grass this year so far losing all three matches he’s played.

But removing the prospect of facing Berrettini in the later rounds may act as some relief for the 23-year-old. Tsitsipas and Shapovalov may likely meet in the fourth round and where Berrettini would have likely awaited in the quarters could well be Argentina’s Diego Schwartzman.

But there could even be another surprise in the men’s draw now with Berrettini out as players such as Jack Draper, Jenson Brooksby and Alex de Minaur face a much easier quarter.