Cameron Norrie became the second British hope to suffer an injury scare ahead of Roland Garros after he limped out of the Italian Open following a 5-7, 6-2, 6-1 loss to veteran Marin Cilic.

The ninth seed was troubled by his right foot during the last-32 contest in Rome and required treatment in the third set.

By this point Cilic had taken control and would earn a memorable victory in the Italian capital, but Norrie’s attention presumably turned to this month’s French Open by the conclusion of a frustrating match. 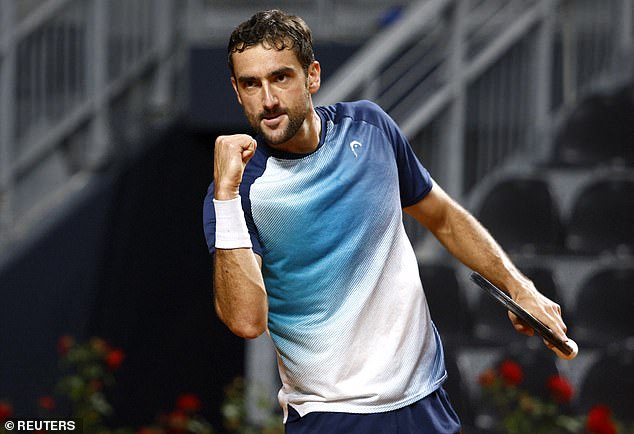 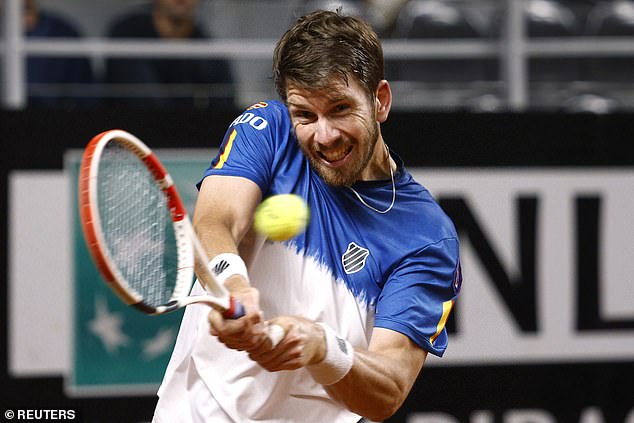 Emma Raducanu had to retire hurt on the women’s side of the draw on Tuesday and a day later it was the turn of the world No 11 to suffer a setback ahead of the second grand slam of 2022.

Norrie had made a poor start to the second round tie and appeared distracted by a nearby helicopter for the Coppa Italia Final taking place at the Stadio Olimpico before he broke back twice to take the opener 7-5 in one hour.

There was a sense of deja vu at the beginning of the second when Cilic once more broke in the sixth game but this time he did not relinquish his control. 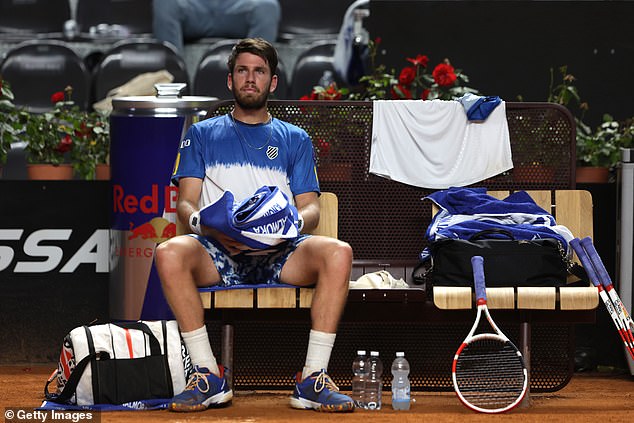 Norrie, much like Emma Raducanu earlier this week, needed courtside treatment for an injury

With Juventus producing an impressive turnaround to move 2-1 up against Inter Milan, before they were pegged back to 2-2 which forced extra-time, the Croatian completed a similar comeback to win nine games in a row and go within touching distance of the last-16.

British No 1 Norrie was able to avoid a third set bagel but only after he received treatment on his right ankle at 3-0 down in the decider.

The break in play did not deter former US Open champion Cilic, who secured victory in two hours and five minutes much to the delight of the Italian crowd.

For Norrie he faces a race against time, like Raducanu, to recover sufficiently to feature in the French Open later this month. 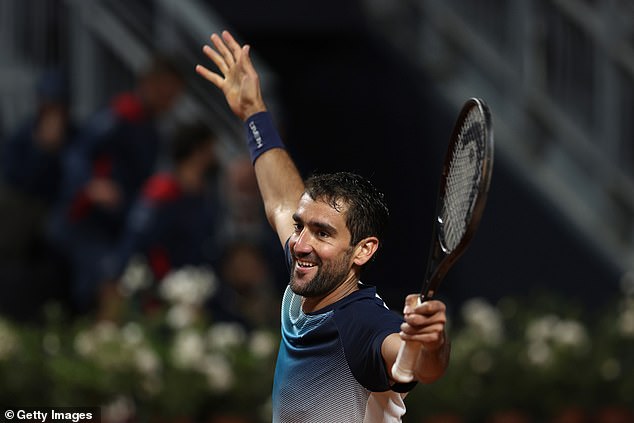