Kyrgios declared 2022 could be his ‘last’ season before best results 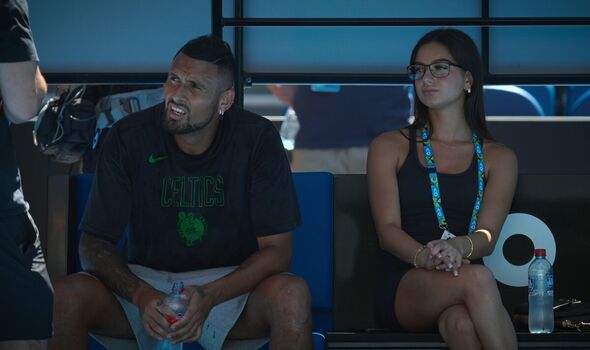 Nick Kyrgios revealed that the 2022 season was almost the “last” of his career before he enjoyed his best-ever year, reaching the Wimbledon final and winning the Australian Open men’s doubles title. The world No 21 is one of the players followed in Netflix’s new tennis documentary series and, during the first episode, admitted that his career was riding on his performances over the next 12 months.

Kyrgios has been known to make outlandish claims about retiring and plays a shorter schedule to the rest of his colleagues on the tour, but the 27-year-old made a surprising revelation in Netflix’s new Drive to Survive-style documentary Break Point, as he claimed that his career was riding on the outcome of his 2022 season before he knew it would be his best yet.

The seven-time title winner is seen hitting at Melbourne Park ahead of last year’s Australian Open, and tells his team:  “I don’t know if this is gonna be the last time, nothing good lasts forever though, yeah?” It makes his achievements last year arguably more significant after learning that the 27-year-old had planned to hang up his racket if he didn’t perform well enough.

He later claims that he is unsure how many more times he will play at his home Grand Slam tournament, adding: “I feel okay, I’m just taking it as it comes at the moment. I don’t know how many Aussie Opens realistically are coming so I’m soaking it all in.” Kyrgios then indicates that he is serious about his comments during his practice session, as he tells the camera: “My tennis career depends on how I play this year.

“People really don’t understand how different I go about my tennis and my life and my career compared to every other player. I barely play for 10, 11 weeks of the year but I’m hitting the ball as good as ever. I definitely feel my level is there.”

And he turned out to be right about his level, going on to win the men’s doubles title at the very same tournament alongside long-time friend Thanasi Kokkinakis. Kyrgios then followed up the result with success in singles, reaching his maiden Grand Slam final at Wimbledon and winning his seventh career title in Washington.

He also continued his doubles glory, winning the Atlanta Open with Kokkinakis and the Washington Open with Jack Sock before he and Kokkinakis qualified for the doubles at the ATP Finals, the first time either man made it to the prestigious season-ending event. Kyrgios’ honest admission makes for interesting viewing 12 months on, with the Aussie now in a completely different place as he prepares to start the Australian Open as the 19th seed.

While the former world No 13 was doubtful over the future of his career last year, he is now full of confidence that he is a title contender at this year’s Aussie Open. Speaking ahead of the tournament on Thursday, he said: “This is the first time genuinely going into a Slam feeling like I’m one of the guys that can really take the trophy and knock on the door. So I don’t know what I’m going to be feeling when I get out there.”