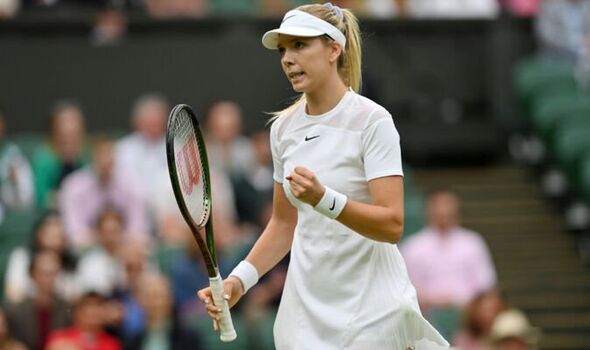 Katie Boulter electrified Centre Court to land the biggest win of her career by taking down last year’s runner-up Karolina Pliskova in a three-set thriller. The 25-year-old from Leicester reached the Wimbledon third round for the first time in her career after beating Pliskova for the second time in a week having done so at Eastbourne too.

A crowd which included Mary Berry were served up with a treat as Boulter fought back from losing the first set to topple the No 6 seed 3-6, 7-6, 6-4 under the closed roof.

Boulter carried the confidence from her Eastbourne win over the tattooed Czech into a flying start, breaking Pliskova in the opening game. But the tables were rapidly turned as the Briton was broken twice in a row.

Having found her range, two aces in the ninth game from Pliskova saw her close out the first set.

With Pliskova moving through the gears, it looked like Boulter was up against it but she had no intention of going quietly. 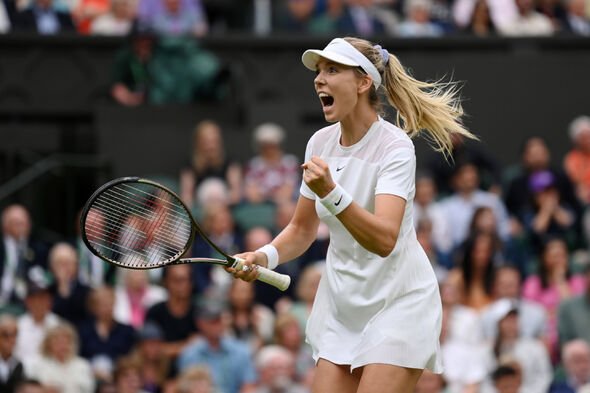 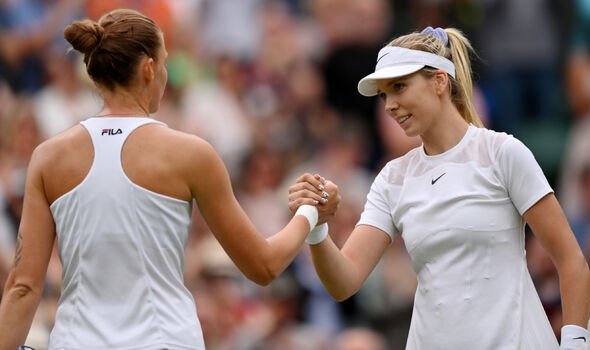 Pliskova might have had the pedigree but Boulter’s tenacity kept her in the contest.

Five games in succession went against serve in a topsy-turvy second set where Boulter gave every bit as good as she got. Two of them, from Pliskova, were gifted by double faults – a reflection of the pressure Boulter put on.

The set went to a tie break and after Boulter had raced into a 4-0 lead she took it to huge roars when Pliskova netted with a backhand.

The big moment in the decider came in the ninth game as Boulter’s positive play eked out two break points. Pliskova saved the first with her 13th ace but a superb stretching backhand return from Boulter forced the Czech to net and put her within touching distance of a magnificent win.

To Centre Court’s delight, she seized the moment.