Is Medvedev the player to solve the Djokovic equation?

It is tempting to simplify this Australian Open men’s final to a digestible list of numbers – Novak Djokovic’s quest for a ninth title or what would be Daniil Medvedev’s 21st straight win, just for starters – but Sunday night’s decider also represents yet another pivotal moment in the modern story of the game.

A result either way will help shape the framework of how the men’s game in the 2000s continues to be viewed: the entrenchment of the Big Three – Rafael Nadal, Roger Federer and Djokovic – or another step towards its eventual dismantling. 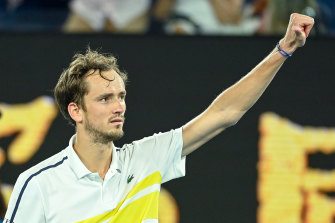 Dominic Thiem joined the club of major winners in New York last year, but the US Open champion needed a fourth grand slam final to finally get to the top.

So what to make of 25-year-old Medvedev who, before this trip to Australia, had barely given the Melbourne Park audience a glimpse of him during the second week?

Should the world No.4 put an end to Djokovic’s ridiculous streak of success on Melbourne’s hardcourts – that’s a 63-3 record for the Serbian since 2011, just quietly – Medvedev will go down in history as just the third man outside of Federer, Nadal or Djokovic to win the Australian Open in nearly 20 years.

But if Sunday’s engagement is about number crunching, the charismatic Medvedev himself might be the man to turn to. While there are elements to the Russian’s story that don’t jump out from the page – he lives in Monaco, home for numerous players – Medvedev has taken a different course by marrying in his early 20s. He also went to school at the Ukrainian Physics and Mathematics Lyceum.

On Thursday night, Djokovic was quick to point out Medvedev’s smarts on the tennis court. It turns out, however, that Medvedev is just as smart off the court.

The Russian, who would jump to the world No.2 ranking with the victory, is oozing confidence right now. Why not? He’s done just about everything on his racquet and beaten just about everyone since his 20-match winning streak began on a Paris indoor hardcourt last November.

Reminded that his streak, which included victory at the ATP Finals in London, had included wins over every other member of the world’s top 10, except Federer , who is absent in Melbourne, Medvedev’s growing stature shone through. 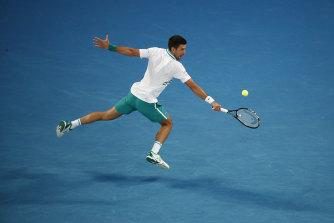 On the other side of the net, it’s the one and only Djokovic. With victory in Melbourne, he’ll draw even closer comparisons to Nadal’s relationship with Roland Garros, thanks to the Spaniard’s 13 French Open titles since 2005.

Having dispatched another Russian, qualifier Aslan Karatsev, in his lopsided semi-final, 33-year-old Djokovic partly explained his extraordinary success at Melbourne Park – a 8-0 record in finals and zero – I repeat zero – semi-finals lost.

“The love affair keeps going, so to say,” said the world No.1.

“The more I win here in Australia and here on Rod Laver Arena, the better I feel. Each time I step on the court, each time I come back to Australia, the more comfortable, the more confident I am.

“If there’s any tournament where I want to give everything I possibly have, it’s here. This is … my most preferred tournament, tennis court, in my life, in my career, definitely most successful one.

“Going for the ninth title sounds surreal, to be honest, but I’m ready for it.”

It’s hard to pinpoint why Djokovic is so ridiculously successful in Melbourne compared to the hardcourts of Flushing Meadows, where he is a three-time champion. In both environments, his cat-like contortions on the baseline, and subsequent ability to stay in the point and retrieve every ball, are keys to his game.

True, Djokovic has defeated friend and five-time runner-up Andy Murray in four of his five Melbourne finals, but there’s more to the equation than a healthy head-to-head record against an old foe.

“Novak has been the best player overall in the world over these 10 years and hardcourt is the surface where his style of defence is at its best because stopping and changing direction is easier compared to clay and grass courts,” said Courier, who is a commentator for Nine – the owner of this masthead.

But beyond that, the Melbourne v New York comparison is hard to decipher. Courier said: “There’s not a dramatic difference between the Flushing Meadows and Melbourne Park hardcourts so it’s hard to explain why he’s won here more than in NY over that time period.”

Murray, it must be remembered, won two of his three majors by defeating Djokovic in the final: the 2012 US Open and, most famously, at Wimbledon one year later. While the Serbian has had the Scot’s measure, the head-to-head is not entirely one-sided.

“Andy’s 11 wins against Novak [compared to 25 wins for Djokovic] is nothing to scoff at but match-ups matter and Novak has had the upper hand in their battles, aside from their grass court meetings,” said Courier.

On Sunday night, Medvedev will become the latest player to try and uproot Djokovic in Melbourne, following in the footsteps of Jo-Wilfried Tsonga, Murray, Nadal, Stan Wawrinka and, last year, Thiem.

And if it’s Djokovic’s cat-like moves that will have the final say, time will tell whether nine lives means nine titles. 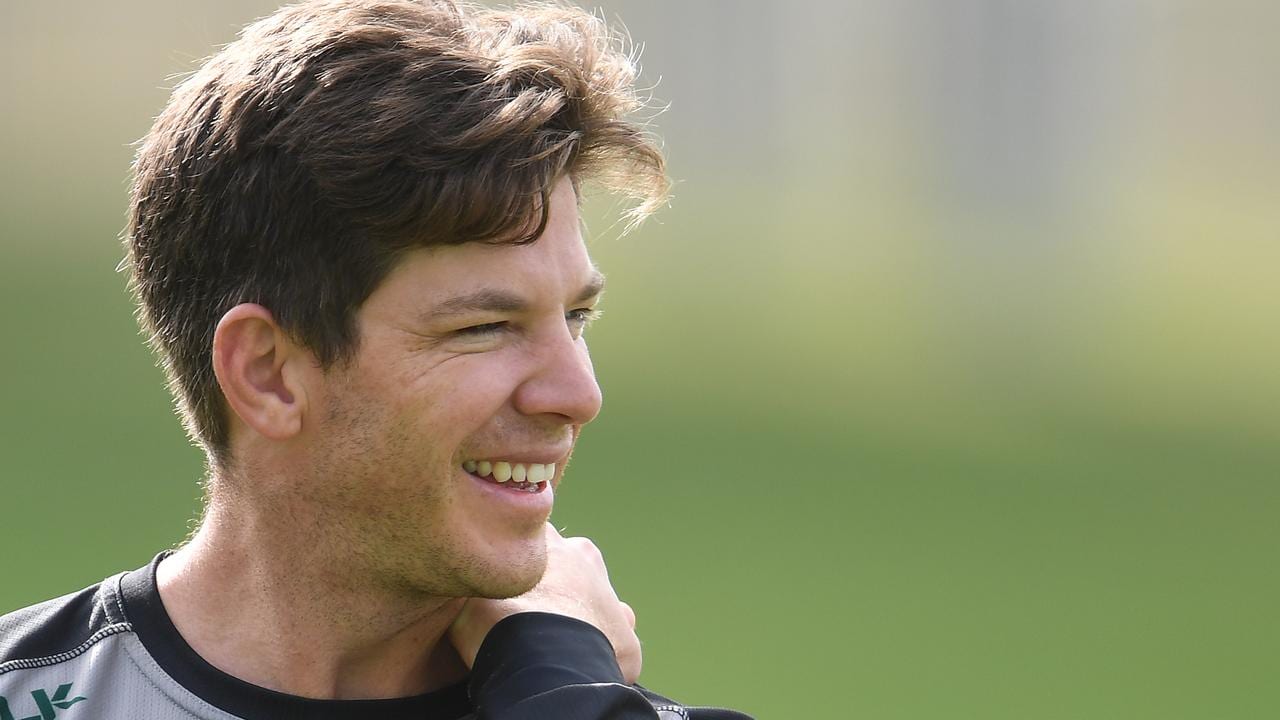 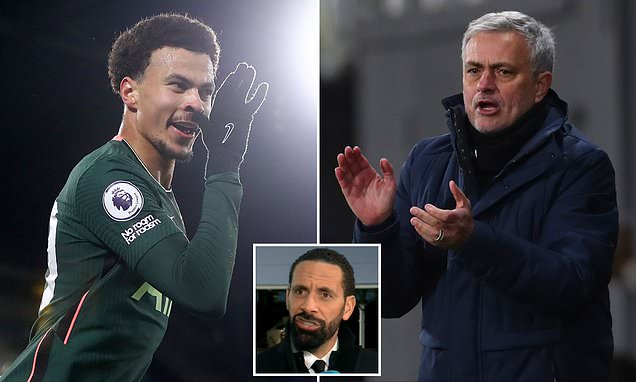