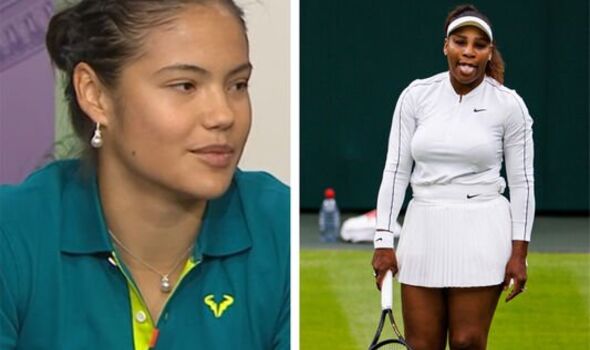 Emma Raducanu declared she fears no-one at Wimbledon after sweeping through to the second round. The US Open champion insists the big occasion brings out the best in her having launched her title bid with a 6-4, 6-4 over Belgium’s Alison van Uytvanck on Centre Court.

“Big matches and big occasions are the ones that I really get the most fired up for. It’s definitely a different feeling. I love playing on the big stages. I think that instead of shying away from it, I really thrive on that,” said Raducanu.

“My preparation wasn’t necessarily the greatest but I know that when it comes to the matches, I feel like I really especially switch on. I think a lot of it is mental and I definitely went out with the belief today. I know that I can compete with anyone on the other side of the court when I really go for it.”

It was the 19-year-old’s first match on Centre Court and Raducanu revelled in her exalted surroundings. “It was an amazing experience on Centre Court,” she said. “From the moment I walked out through those gates, I could really just feel the energy and the support and everyone was behind me from the word ‘go’.

“I just really tried to cherish every single point on there. I played every point like it could have been one of my last on that court. To play on Centre Court and get a win first time, it’s amazing. Now every time I go back, I’m just going to have had a great first experience.

“I definitely feel a really good energy. Like how can you not playing here? Just walking around, you really feel the positivity.”

Raducanu’s struggles since winning the US Open last September have been well documented but she spoke afterwards of having grown through them.

“I feel like I’ve learnt a lot in the last year but it hasn’t necessarily all been terrible. I won my first round at every Slam. As a 19-year-old, I pretty much just took my gap year and, like, starting again now,” she said. 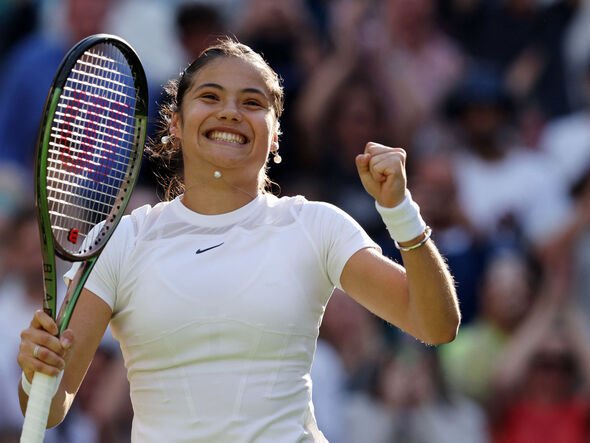 “If the last year hadn’t have happened, then I think that for any 19-year-old walking onto Centre Court would be a positive experience for you. And it was. And I definitely embodied that today.”

Although she admitted afterwards she was glad she would not have to play again until Wednesday, there were no obvious signs of the injury issues which have held her back.

“I felt good out there. There were some tough moments in the second set physically, but I told myself: ‘Push through. If you win in two sets, then you don’t have to play three’. That’s the tactic.”

The tenth seed will face France’s Caroline Garcia, who eliminated Britain’s Yuriko Miyazaki, in the second round.