Nadal has a chance encounter with Serena Williams in June

Juan Martin del Potro issued a cheeky response to the ‘Big Four’ teaming up to represent Team Europe at the Laver Cup. It has been confirmed that Rafael Nadal, Roger Federer, Novak Djokovic and Andy Murray, the players who revolutionised the game with their phenomenal rivalries during the 2000s and 2010s, will all play together in the team event for the first time.

Those in attendance at the O2 Arena in September will be treated to some extraordinary tennis and Team World, led by John McEnroe, face a very tough challenge as they try to win the Laver Cup for the first time. Retired star Juan Martin del Potro, who regularly competed with the big four for a number of years, joked: “You are lucky that I don’t play”.

The Argentine never played in the Laver Cup, as his appearance in 2018 never materialised after sustaining an injury. He would have no doubt been a huge threat to Team Europe having notched big wins over each member of the big four in the past, most notably his 2009 US Open title win over Federer.

Djokovic was the last of the big four to confirm his participation for the Laver Cup. The 35-year-old expanded on his feelings in a press release on his website, speaking of his excitement about playing alongside his greatest rivals.

JUST IN: Novak Djokovic sends message to Roger Federer and Rafael Nadal ahead of Laver Cup 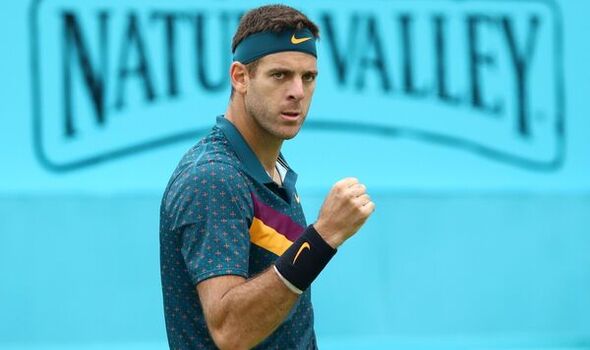 “I’m really excited to be joining Team Europe again for the Laver Cup at London’s O2 arena in September,” the world No 7 said. “It’s the only competition where you can play in a team environment with guys that you’re normally competing against and to be joining Rafa, Roger and Andy – three of my biggest all-time rivals – it’s going to be a truly unique moment in the history of our sport.”

The rest of the world team have announced their first three players with Canada’s Felix Auger-Aliassime, American Taylor Fritz and Argentina’s Diego Schwartzman lining up against Europe. This year will mark Murray’s first time playing in the Laver Cup and he is looking forward to his first experience participating in the unique tennis event.

“I’m looking forward to playing the Laver Cup in London,” he said. “I love playing as part of a team and there is a great atmosphere and intensity to the event. I’ve heard lots of good things and I’m excited to be teaming up with both Roger and Rafa for Team Europe.” 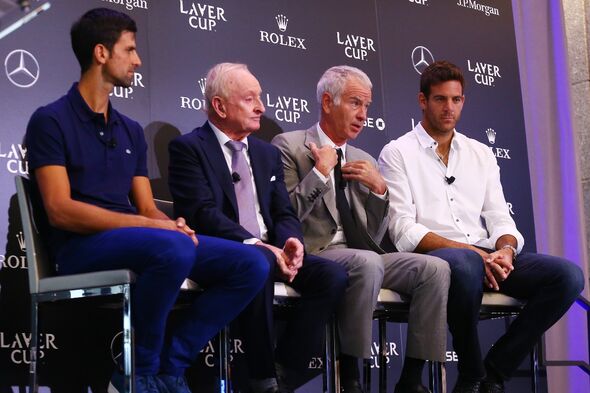 Team Europe captain Bjorn Borg has yet to name his full six-man team, but after calling up Murray he said: “I am extremely excited to have Andy on our team. He is a dedicated, ferocious, and inspirational competitor who has re-established himself at the top of the game. He will be an incredible asset for the home team in both singles and doubles.”

Young Spanish star Carlos Alcaraz is in line to join the Big Four at the Laver Cup. The teenage sensation could be taken under the wing of the game’s four legends with just two places left on the squad.