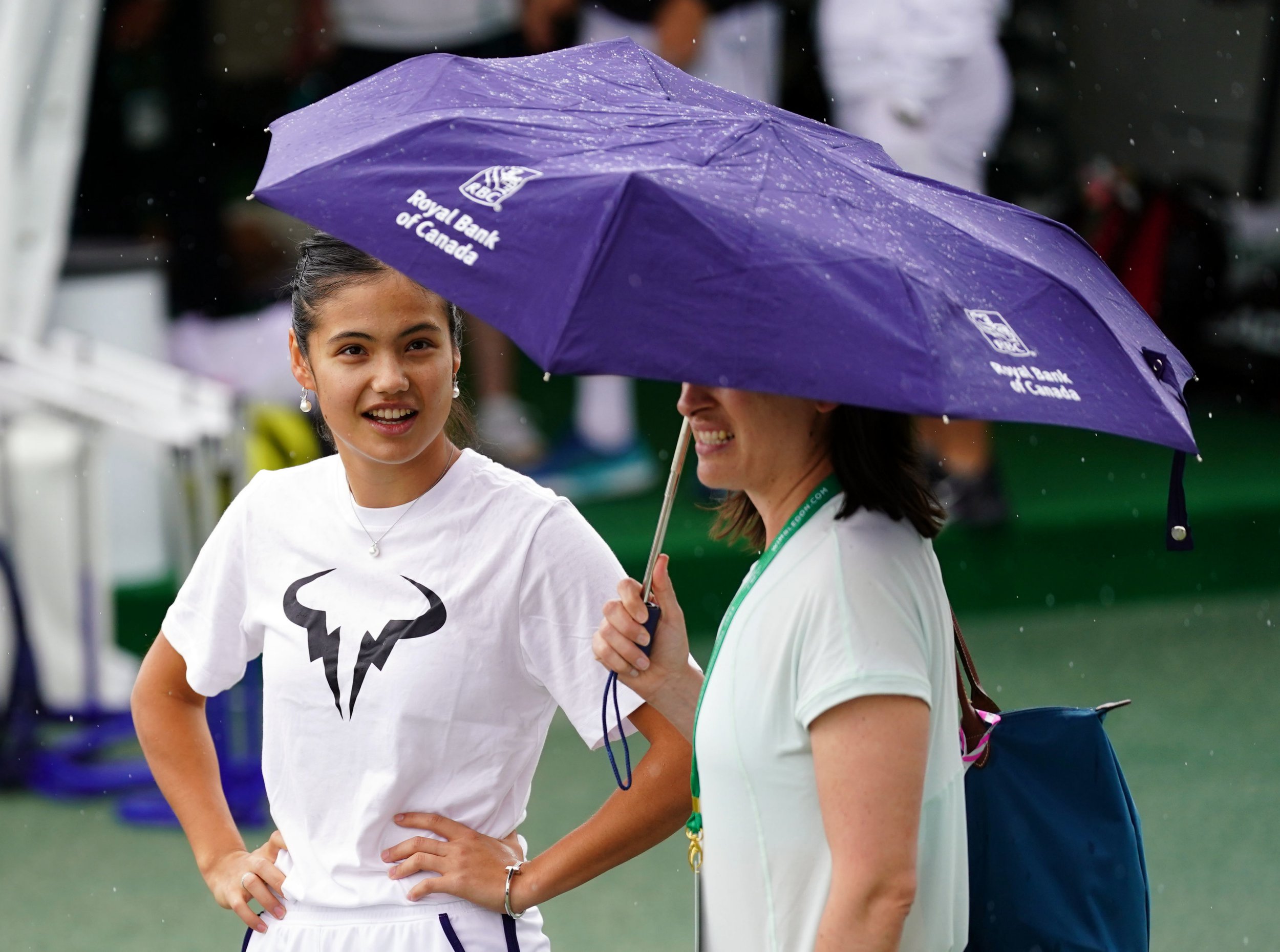 If there’s one thing you can rely on Britain for, it’s a good ol’ downpour, and Wimbledon got off to a wet start this week.

The tennis tournament began today with hopefuls Emma Raducanu and Andy Murray picking up their rackets in the hopes of bringing home the coveted trophy.

However, play was stopped when the rain started and flooded the court, leaving Raducanu to take shelter before she could get back to doing what she does best.

The tennis champ remained in high spirits though, wearing a smile on her face and hands on her hips, ready to get going.

Play was halted by rain after just 40 minutes of the opening day at Wimbledon on all the outside courts, before resuming early afternoon.

Top seed Novak Djokovic will begin his title defence against South Korea’s Kwon Soon-woo, under the roof if needed, on Centre Court at 1.30pm.

Raducanu, the current British Number One, has returned to Wimbledon this year as a Grand Slam champion for the first time in her career.

She will face Alison van Uytvanck in her opening match of the 2022 tournament that will take place today, June 27 at 3.30pm on the Centre Court.

Raducanu made her Wimbledon debut last year, making the fourth round before having to concede against Ajla Tomljanovic due to breathing difficulties.

The women’s singles final is scheduled at 12pm on Saturday, July 9.

You can watch the 19-year-old star compete on BBC One, via the BBC Sports website, or listen to live coverage on BBC Radio 5.

If you’ve got a celebrity story, video or pictures get in touch with the Metro.co.uk entertainment team by emailing us [email protected], calling 020 3615 2145 or by visiting our Submit Stuff page – we’d love to hear from you.