Emma Raducanu ‘really sad’ to leave US Open in August

Emma Raducanu thrashed Magda Linette in the Korea Open quarter-finals to put together a three-match winning streak for the first time since her famous US Open triumph in 2021. The Brit was simply too good for the third seed and dispatched some eye-catching shots as she continues to fight back from a string of disappointing results.

It didn’t take long for Raducanu to hit her stride in Seoul as she broke Linette in the very first game. The teenager came racing out of the blocks and played some exceptional, well thought-out shots to build up a 3-0 lead and leave the experienced Pole scratching her head.

Linette did produce a second serve ace to put her first game on the board at 4-1. While that could have become a turning point, Raducanu didn’t let that happen as a stunning cross-court backhand sealed the first set, which the Brit won without dropping a single point on first serve.

Another turning point looked to be on the cards at the start of the second when Linette confidently held serve and built up three break points. Raducanu again dug deep, however, and strung together five successive points to hold out.

DON’T MISS: Tennis coach banned for life after being found guilty of 64 offences of match fixing 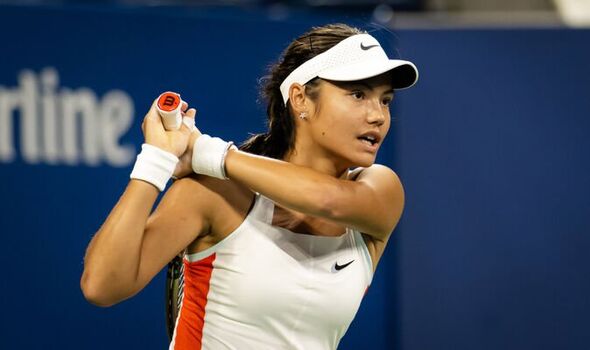 The 19-year-old turned the screw thereafter as a bleary-eyed Linette briefly left the court for a medical timeout. Raducanu kept herself warm and picked up where she left off when play resumed, clinically closing out the match 6-2 6-2.

Linette was, by far, the toughest test on paper that Raducanu has faced in Seoul. In the round of 16 on Thursday, the youngster beat former US Open semi-finalist Yanina Wickmayer in straight sets, showing impressive character to survive a late fightback.

Her first-round victory over Moyuka Uchijima was also convincing, overpowering the Japanese star 6-2 6-4 despite a temporary lull in the second set. Linette is certainly the biggest win of the three given that the 30-year-old is ranked 26 places ahead of Raducanu in the world rankings.

A confidence-building run in South Korea was viewed as crucial for Raducanu, who faces the challenge of building up ranking points again after a sequence of underwhelming tournament results. Her most drastic tumble down the charts came after she crashed out of the US Open in the first round last month, despite having triumphed at Flushing Meadows the year prior. 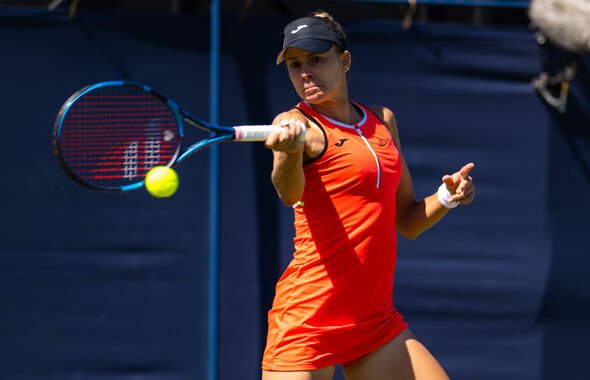 “My goal on the court is to keep trying to swing freer and freer in each match. And my other goal is to try and stay in Korea for as long as possible,” said Raducanu earlier this week. “Last week [in Slovenia] I struggled a bit with my legs, just doing a lot of training, and as I said, the rest of this year is just really trying to build up physically for the next year.

“So I’m training a lot – like before the match today, I did 90 minutes on the court, and I’m just trying to get myself in good shape. And that comes sometimes with small niggles. At the moment, it’s something I’m just managing, but I know it’s for a greater benefit so I’ve kind of bought into that process.”