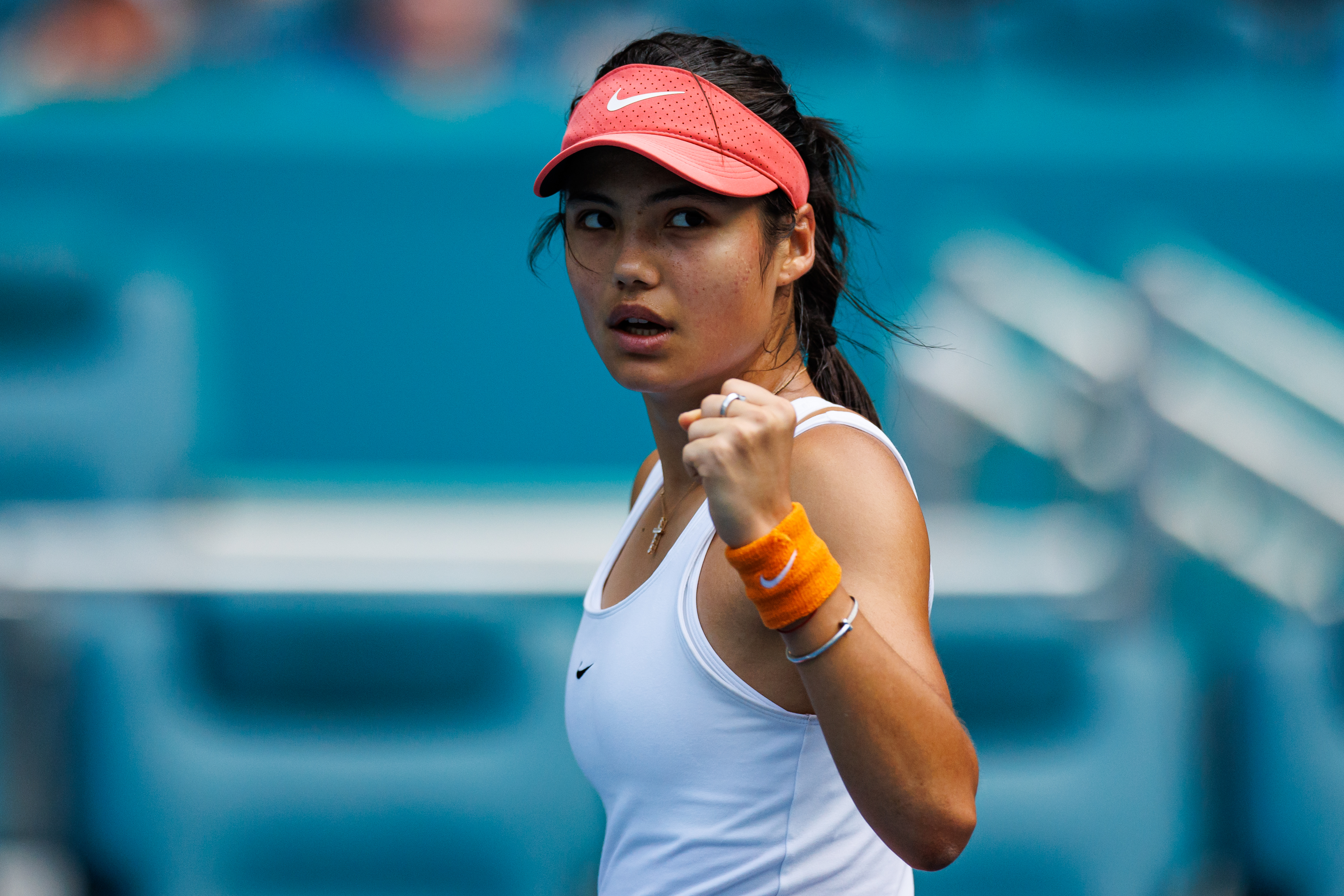 Emma Raducanu has hit back at criticism her focus has shifted away from tennis amid a series of sponsorship deals.

The US Open champion is still struggling to find her best form this year – winning just two of her seven matches – and suffered a disappointing second round exit to Katerina Sinaiakova at the Miami Open this week.

An early exit at the tournament prompted some comments on social media to suggest she is becoming distracted by her commitments outside of training.

Raducanu – who added Porsche to her growing list of sponsors in an announcement at the start of this week – has set the record straight when it comes to criticism of her business off the court.

‘Maybe you just see, on the news or on social media, me signing this or that deal and I feel like it’s quite misleading because I’m doing five, six hours a day (of training), I’m at the club for 12 hours a day,’ Raducanu said.

‘But I throw out one post in the car on the way to practice and all of a sudden it’s ‘I don’t focus on tennis’. I think that it is unfair but it’s something I have learned to deal with and become a bit more insensitive to the outside noise.

‘These deals, of course I’m so grateful for them, but my tennis is my focus. That’s definitely at the front of my head.’