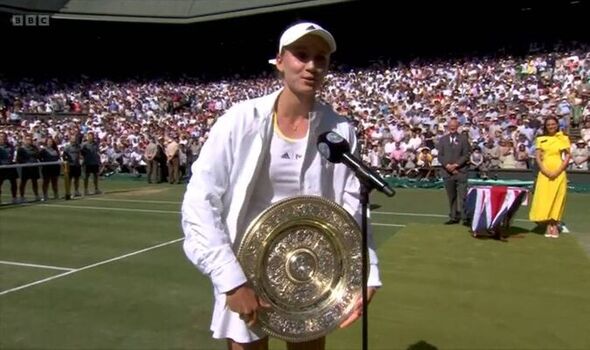 Elena Rybakina has jokingly admitted she won’t “need to do fitness anymore” after coming from behind to beat Ons Jabeur and win the Wimbledon title. The Russian-born tennis star and Jabeur were both competing in their first major title and it was the latter who took an early lead.

Jabeur won the opening set in just over half-and-hour as Rybakine struggled to get her dominant serve working. But Jabeur’s level dropped in the second just as Rybakina began to find her rhythm and the Kazakh ace was soon in control.

The 27-year-old was guilty of missing some great opportunities to get back into the match, but Rybakina was also relentless as the match headed to a decider. Jabeur even ended up having more break point opportunties than her opponent in the match, but could only convert on two of them.

Rybakina ultimately came out on top as she was able to break on four occasions to win the match. The 23-year-old ended up running a total of 2171m in the entire match – more than 200m more than Jabeur.

And speaking after her first major title, Rybakina paid credit to the challenge Jabeur created for her. “I’m actually speechless because I was super nervous before the match,” she said.

“I’m honestly just happy it finished to be honest because really I’ve never felt something like this. I just want to say a big thanks to the crowd for their support, it was unbelievable all these two weeks. 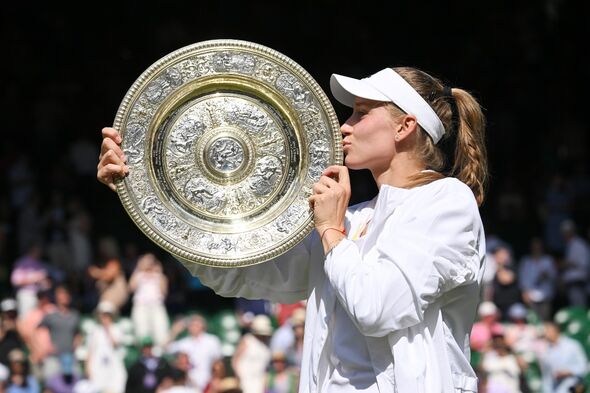 “But also I want to congratulate Ons for the great match and everything you achieved. I think you’re an inspiration not only for the young juniors but everybody.

“You have an amazing game and I don’t think we have someone like this on tour and it’s just a joy to play against you. I run so much today I don’t think I need to do fitness anymore.”

Rybakina acquired Kazakh citizenship four years ago after initially being born in Russia and went on to represent Kazakhstan on the WTA Tour.