Djokovic vs Nadal French Open quarter-final is beautifully set up

Novak Djokovic versus Rafael Nadal is always special but this French Open quarter-final is beautifully set up – the Serb is back in form after losing his dignity at the Australian Open, but the Spaniard will have the crowd on side

John McEnroe’s description of Novak Djokovic and Rafael Nadal as inhabiting the top of tennis’s Mount Everest could hardly be more apt.

Temperatures for the new night sessions at Roland Garros this year have been so frosty that some of the spectators might have felt like they were perched on some Himalayan peak.

Conventional wisdom has it that this will help the 35-year-old Serbian when he tackles Nadal in Tuesday evening’s French Open quarter final, a match that is surely among the most significant of their 59 meetings. 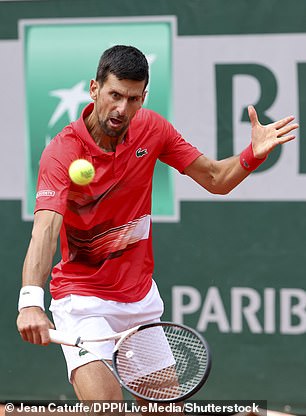 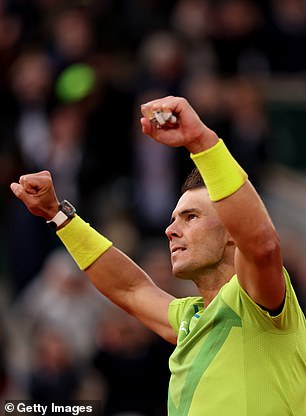 Djokovic will have been perfectly happy that Amazon Prime won the tug of war over when this colossal encounter would be staged.

They have bought the rights to French transmission of a late match for the first 10 days. To assuage fears that this would cut out huge swathes of the national audience, the streaming service have offered it for free to anyone in the host country.

Nadal has already stated that he does not enjoy playing at night in Paris, when the atmosphere is deadened – not in the stands but on the court.

His coach Carlos Moya on Monday hinted at his player’s frustration at the programming: ‘I would not speak of lack of respect. Here at Roland Garros, Rafa has credit, he has won the tournament 13 times and if he has a request you should listen to him. In the end it’s about business and we understand,’ Moya told RMC.

‘It feels like it’s been unseasonably cool, I don’t ever remember it being this cool here,’ said McEnroe, who will commentate for Eurosport. ‘You would think it would help Novak because obviously Rafa’s balls aren’t jumping up so high and there’s not the same impact and spin. If someone forced me to pick then I would pick Novak slightly.’

It is worth remembering, however, that they met on Court Philippe Chatrier in relatively chill conditions in the peculiar year of 2020, when the tournament was moved to October due to the pandemic. Nadal crushed his opponent for the loss of just seven games. 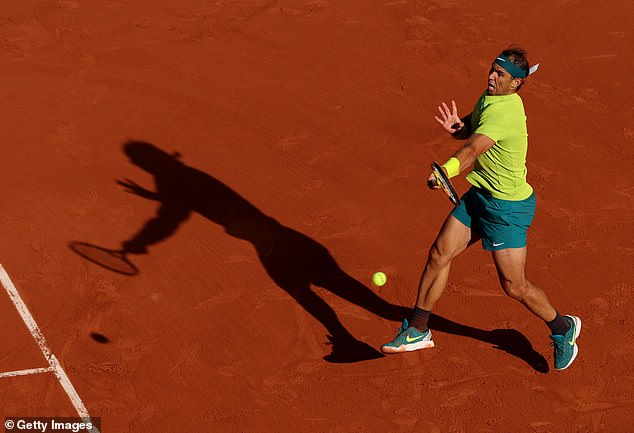 This match is beautifully set up because of the dramatic events in Melbourne at the start of the year, which resulted in Nadal having 21 Slams to his rival’s 20.

Djokovic lost his dignity there, and his bearings for the few months that followed his deportation due to his unvaccinated status. In the past month, however, he has resumed normal service.

‘Almost anyone else you would have thought it would have affected quite a bit,’ said McEnroe of Australia. ‘I thought that was horrible, the way that whole thing panned out. Then on top of everything else for him Rafa goes and wins, and then everyone’s like, he’s got to be the guy that wins the most Slams. So I’m sure that was a tough pill to swallow.

‘Novak sort of knew what he had to do to get to where he wanted to get by now. And he did. That doesn’t mean he’s automatically going to win it by any means, because the way Rafa competes is amazing.’

Nadal is also the master of managing expectations and lessening the pressure on himself. He has prefaced the match by stating that he does not know if it will be his last in Paris, and reminding everyone of his recent injury struggles in Rome. 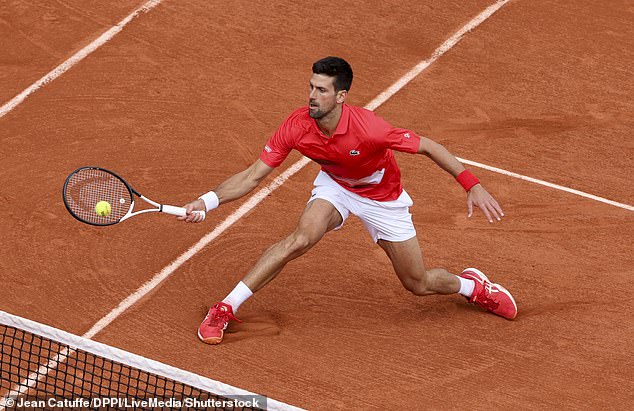 The raucous evening crowd might yet have some bearing. Djokovic was widely booed onto court for his fourth round, and he may not feel much love on Tuesday evening.

‘He’s been wanting to be respected at that same level, and that sort of fuels him but I think it’s unfair, personally,’ said McEnroe. ‘Rafa and Roger handle themselves so well that it’s hard to get to that level.’

Of course the winner is not guaranteed to win the title, especially with 19 year-old Carlos Alcaraz still in their half. On Tuesday afternoon the game’s outstanding young talent will meet Alez Zverev in the day’s other quarter-final.

Unlike Nadal and Djokovic, the clock is not running down on Alcaraz to win the sport’s biggest prizes.