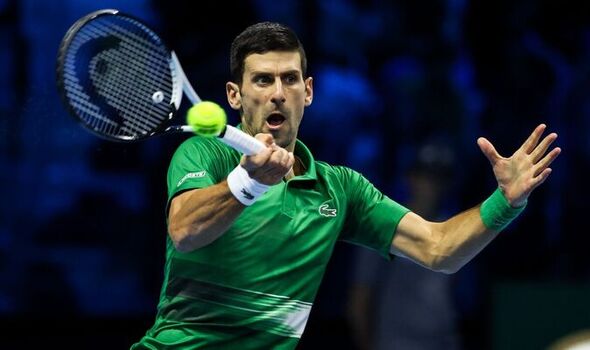 Novak Djokovic has been told what type of reception he will receive when he finally returns to Australia in January after being deported at the start of this year. The world No 8 received an automatic three-year ban when his visa was revoked but the federal government has now decided to overturn the ban in time for Djokovic to play the 2023 Australian Open.

Djokovic will return to Melbourne in February with a record 10th Australian Open title in his sights after being unable to play the tournament this year when he was deported. The 35-year-old was the focus of a saga which saw him spend time in a government detention hotel as his visa was cancelled twice before he was kicked out of the country over fears that his presence would “excite anti-vax sentiment”.

The Serb’s hopes of playing the upcoming Aussie Open were originally in doubt as he was automatically banned from the country until 2023 as a result of being deported but after months of anxious waiting, Djokovic finally learned that the government removed his ban to allow him to return and compete. And he has now been told what to expect from fans Down Under in his first public appearance since his ordeal at the start of the year.

“I think ultimately it will be [positive], yeah,” Kooyong Classic tournament director Peter Johnston told The Age. “Now with the situation that we’ve got here [with the removal of vaccine mandates] … the rules do allow him [to come back].”

While Djokovic’s ordeal in Australia divided opinion and saw some calling for him not to return to the country while others protested his deportation, Johnston thought that crowds Down Under would be won over by the 90-time title winner’s respect. He added: “I think the respect you see [from Djokovic] in every country that he plays in … that is certainly what will ultimately endear the public to him here.”

Meanwhile, Djokovic himself is excited to compete in Australia once again as his most successful Grand Slam, where he is already a nine-time champion. “Of course, I was very happy to receive the news yesterday,” the 35-year-old said during the ATP Finals.

“Australian Open has been my most successful Grand Slam. I made some of the best memories there. Of course, I want to go back there, I want to play tennis, do what I do best, hopefully have a great Australian summer.”

It remains to be seen whether Djokovic travels to Australia for a warm-up tournament ahead of the first Grand Slam of 2023 as Serbia has not qualified for the United Cup, a new mixed-gender tournament being staged Down Under from December 29. There will be four ATP 250 events in the first two weeks of the season across Adelaide in Australia, Auckland in New Zealand and Pune in India that the world No 8 could enter.