Coco Gauff, 18, says she doesn’t have ‘grown woman strength yet’ and could be EIGHT YEARS from hitting her peak… but heads into the Australian Open full of confidence after warming up for 2023’s first major with a tournament win in New Zealand

Coco Gauff has yet to get her ‘grown woman strength’ but the 18-year-old American says she belongs on the WTA Tour and no longer feels like the new kid on the block after making her professional debut almost five years ago.

Gauff, who arrives at the Australian Open as the seventh seed after winning the tune-up tournament in Auckland last weekend, burst onto the scene at Wimbledon in 2019 when she beat Venus Williams in the first round.

A runner-up at Roland Garros last year, Gauff said she is still a lot younger than many of the veterans on tour and knows she has plenty of room to grow. 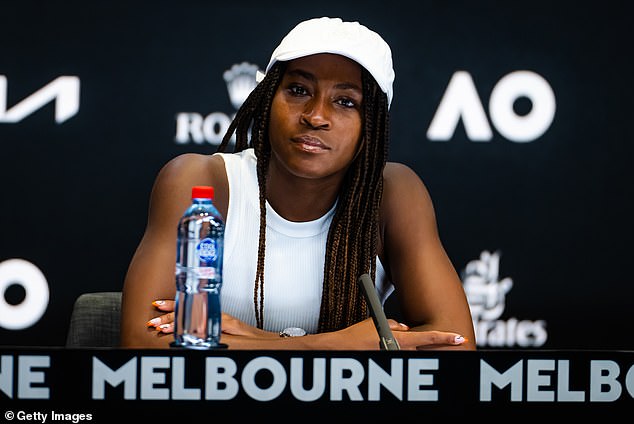 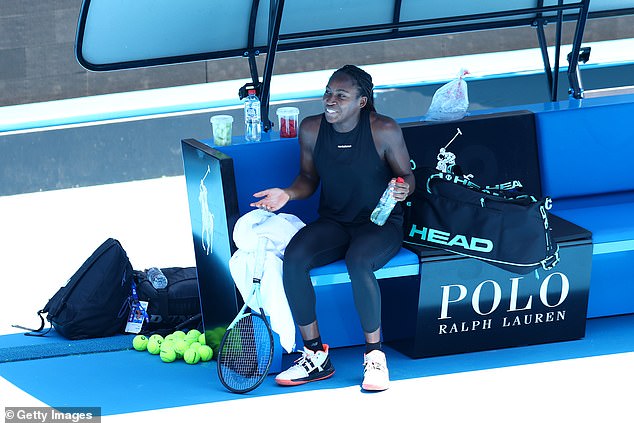 ‘Compared to other players, obviously I still have a lot less years than them,’ Gauff told reporters on Saturday.

Gauff, who made her pro debut on the ITF Circuit in 2018, does not expect to peak until her mid-20s.

‘As much as I would like to think this might be the best I’ll be, I don’t believe it because I feel like most of the tennis players are peaking in their career around 22 to 26,’ she said. 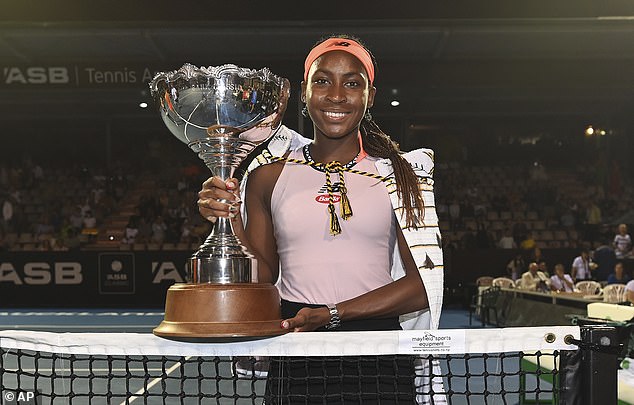 ‘I realize physically I’m at a much different level than I was at 15, I think I’m just continuing to get stronger.

‘There’s a joke that my mom has: ‘You don’t have that grown woman strength yet. You’ll know when you get it.”

Gauff faces Czech Katerina Siniakova in the first round of the Australian Open, which begins on Monday.