Carlos Alcaraz will seek revenge for his Wimbledon defeat when he plays Jannik Sinner in the final of the Croatia Open. The Spaniard, who has been tipped to be the next Rafael Nadal, was beaten by the world No 10 in the fourth round at SW19 and will aim to make amends at 7pm today.

Alcaraz was defeated in four sets by the Italian at the All England Club ending his surge towards the later rounds. Sinner was beaten by eventual champion Novak Djokovic in the quarter-final stage despite winning the first two sets against the legendary Serbian.

Alcaraz has enjoyed a highly successful breakout season on the tour this year, becoming the youngest person to win both the Miami Open and Madrid Open Masters titles. He has also won the Barcelona and Rio Open and was defeated in the final of the German Open by Lorenzo Musetti. He also set new personal bests in the three grand slam tournaments including an impressive run to the quarter-finals in the French Open.

Given his nationality, there have inevitably been parallels drawn between the 19-year-old and the iconic Nadal. Alcaraz has been tipped to replicate the achievements of the most successful tennis player of all time as he sets out on his career. 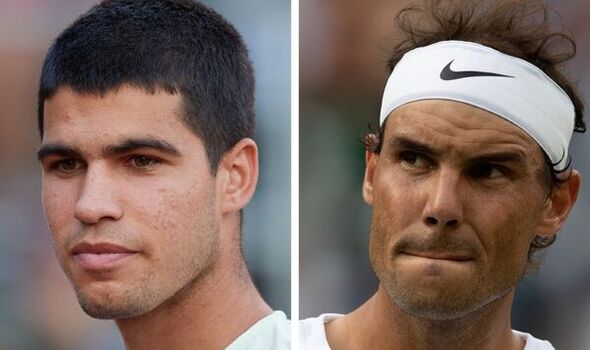 He has already managed to achieve the rare feat of beating the 36-year-old on clay during his run to the Madrid Open title. Nadal has only been defeated eight times on his specialist surface throughout his 21 year long career.

Now, Alcaraz is seeking to add the Croatia Open to his growing trophy cabinet. The world No 5 came through a tough encounter against Italian Guilo Zeppieri in the semi-finals in a 7-5, 4-6, 6-3 win that took over three hours to complete. Sinner’s semi was comparatively more simple beating Franco Agamenone in straight sets.

The pair are the two top seeds for the tournament and it is certain to be a close fought match however the Italian’s comparatively easier last four encounter may give him the slight upper hand in the match.

Both players have been praised by world No 4 Stefanos Tsitsipas who believes they are the best of the sports young talent and the best placed to take on the big three. 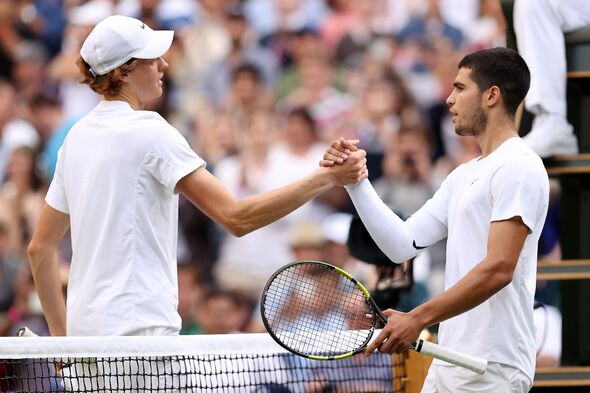 “I think we are now getting closer to the Big Three,” the Greek star told Tennis World. “Djokovic, Federer and Nadal have formed the best generation of tennis players in the history of this sport and it is not easy to replace them. However, I believe that playing with them has helped us grow and reach an adequate level.

“I think Jannik Sinner and Carlos Alcaraz have something more than everyone else but there are many interesting young people on the circuit and tennis has a great future.”

Alcaraz will be hoping to add to his trophy collection and seek revenge for Wimbledon when the Croatia Open final gets underway at 7pm today.