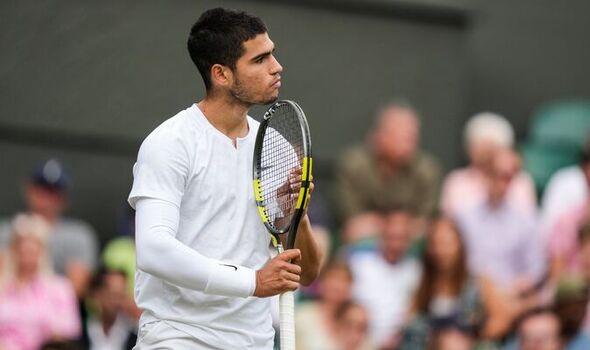 Carlos Alcaraz has admitted that he struggled with the transition from clay to grass this season, causing his disappointing Wimbledon result. The 19-year-old has been hailed as the heir to the throne when Roger Federer, Rafael Nadal and Novak Djokovic retire following a breakout season that has seen him make his top 10 debut and win four titles, including two Masters.

Alcaraz enjoyed a stunning breakthrough at the start of the season, becoming the youngest man to win an ATP 500 in Rio, before picking up his maiden Masters 1000 in Miami, the Barcelona title and a second Masters crown in Madrid. The Spanish teenager shot into the world’s top 10 and immediately became a favourite for the French Open despite never making it past the quarter-final of a Grand Slam.

The world No 6 reached the quarters there and had no tournaments between the second and third Majors of the season, going straight to Wimbledon after an injury forced him out of a warm-up event at the Queen’s Club. Playing at the All England Club for just the second time, Alcaraz reached the fourth round before falling to Jannik Sinner, and has now shared his struggle with adjusting to the grass.

“Grass is tough for me because the movement is tough, more difficult than other surfaces,” he told TennisHead. It was a career-best result for the teenager at Wimbledon but disappointing for his own expectations, having declared that he thought he was ready to win a Grand Slam before the French Open. 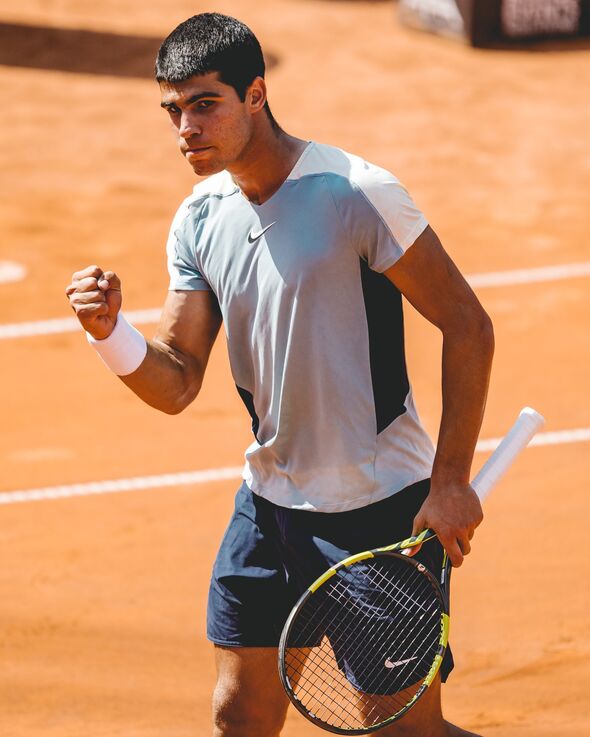 “I’m going to compare a long rally [on grass] is like three or four long rallies on another surface,” he added. The world No 6 is now back on the clay, competing in the Hamburg ATP 500 but admitted it was also tough to switch surfaces in reverse, from the grass to the dirt.

After winning his first match since Wimbledon over local wildcard Nicola Kuhn, here he was forced to come from a set down, Alcaraz said: “It was tough. I mean, the first round in every tournament is tough. 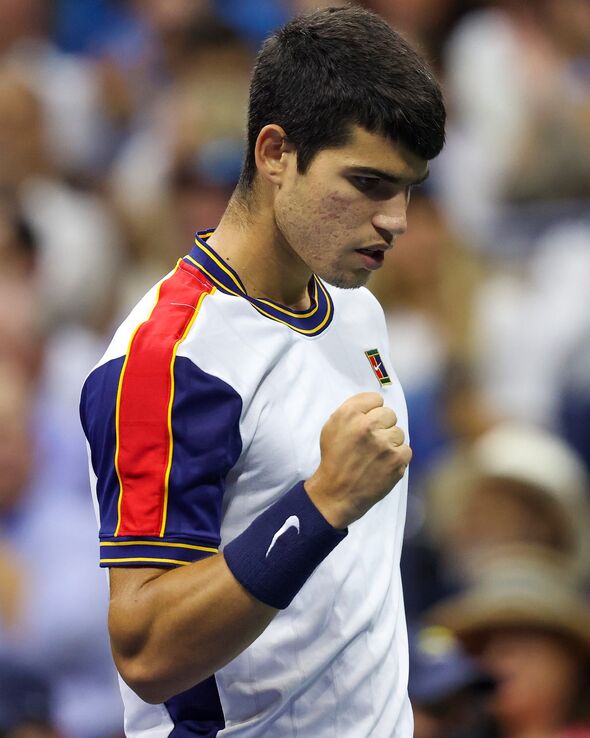 “I came from the grass, and the difference was too much. I’m really happy to be [through to] the second round. I’m sure that I will be better in the next round, but I’m really happy with the win.”

The next Grand Slam the 19-year-old will be setting his sights on is the US Open, where he managed to stun third seed Stefanos Tsitsipas en route to his first Major quarter-final berth last year, while ranked down at world No 55.