Andy Murray’s impressive run at the 2022 Hall of Fame Open came to a halt on Friday after Kazakhstan’s Alexander Bublik knocked him out of the competition’s quarter-finals. Bublik advanced following a hard-fought 7-5, 6-4 win in Newport, Rhode Island, and will face either Jason Kubler or James Duckworth in the next round.

World No. 52 Murray has prided much of his play so far this week around his serve, winning around 70 per cent of his first-serve points during recent victories over Sam Querrey and Max Purcell. That portion of his play would again prove pivotal in Friday’s quarter-final clash, though the same could be said for 6’5″ Bublik.

In fact, the pair didn’t produce a break until the 11th game when a thunderous Bublik backhand caused the Kazakh to cry: “Let’s go!” The 25-year-old served out to win the opening segment 7-5, surging ahead thanks to that singular break and a steadfast serve (he won 84 per cent of first-serve points in the opening set).

It proved to be the beginning of a pattern for both players, each of whom dropped their opening serves in the second set despite looking so sturdy in the first. Bublik briefly looked bamboozled after quarrelling with officials over a ‘foot ball’ infringement, but he survived a break point of his own before cracking Murray’s serve for a third time to lead 4-3. 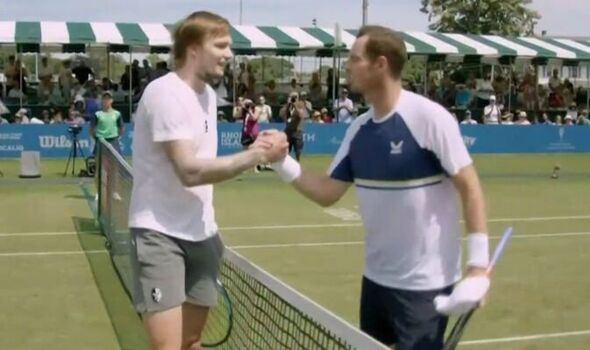 Commentators were convinced the ‘foot ball’ incident may have even galvanised Bublik, who gave off a greater air of calm following the brief outburst. Murray, 35, came to Newport as easily the main attraction for his American fans but was sent packing after falling to deuce in the decider.

This was the fifth time that Murray and Bublik faced off thus far in their careers, with three of those previous clashes having taken place in 2022 alone. Murray emerged as a 6-3, 7-6(4) victor when the pair last met in the second round of the Stuttgart Open in early June.

The Briton boasted a perfect record against Russia-born Bublik on grass coming into Friday’s showdown, having bested his adversary in straight sets when they first faced off at Wimbledon 2017. Matches between this duo have a habit of being conclusive encounters, too, considering all five of their matches have been decided in straight sets. 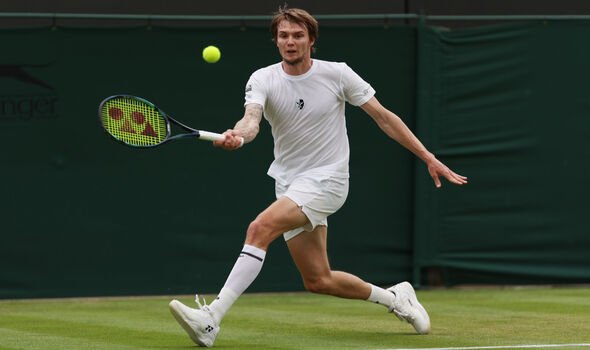 Bublik will face either Kubler or Duckworth in the next round, with the Australian duo facing off immediately after the Kazakh’s latest victory. Americans Maxime Cressy and John Isner will contest Saturday’s other semi-final.

The latter among that duo, Isner, would have likely been happier to meet Murray again after he was responsible for ousting the Scot from this year’s Wimbledon draw. No. 2 Isner also happens to be the top seed remaining in the competition after Kubler knocked out No 1 Felix Auger-Aliassime in the second round.