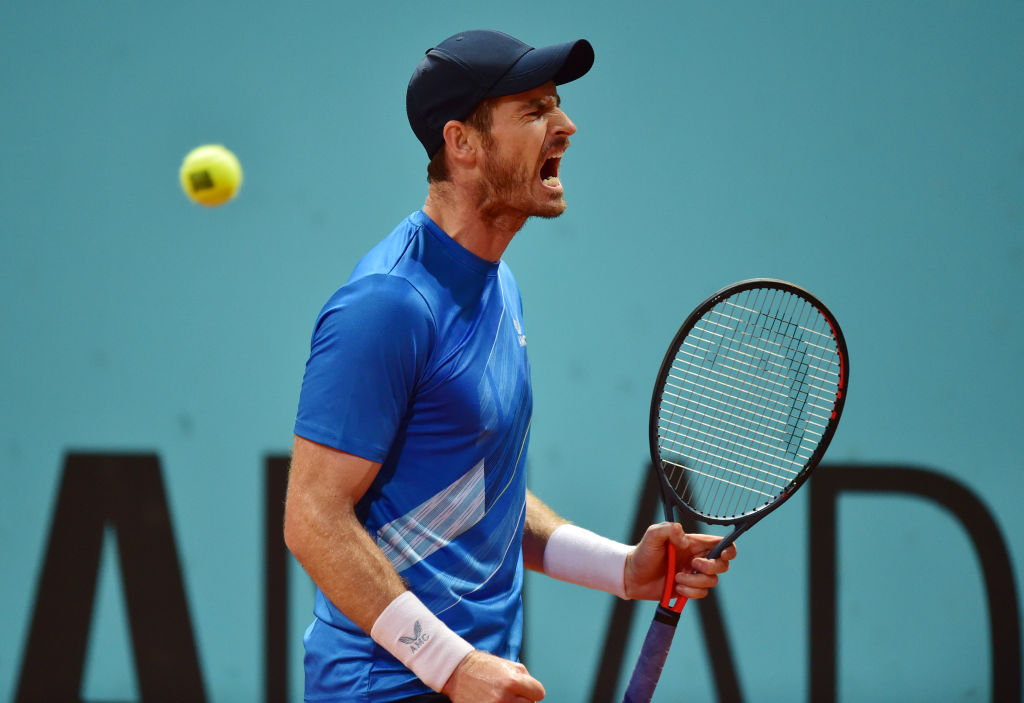 Andy Murray admits he is relishing the opportunity to take on old foe Novak Djokovic for the first time in five years but says he has ‘no chance’ in theory of beating the Serbian.

Murray’s battled back from a career-threatening hip injury to return to the circuit, though he’s a shadow of his former Grand Slam-winning self.

Nevertheless, the Scot’s return to the game has been miraculous and his game has improved this year, with Murray’s movement and defence far better than what they were 12 months ago.

Djokovic and Murary have known each other since they were children but never before has there been such a distance between the pair as they prepare to face each other for the 37th time in their careers.

And Murray says there’s no pressure on him against the world no 1, as he should – in theory at least – have ‘no chance’ against the Serbian.

‘He’s the world number one and I’ve got a metal hip,’ Murray told Amazon Prime.

‘I didn’t know I’d get opportunities to play matches like this again. In theory I shouldn’t have a chance in the match.

‘But I’ve worked my hardest, put myself in a great position and it’s a fantastic opportunity to play against him again on a big court in a huge tournament.”

‘I trained very hard the past four or five weeks and got my game in good shape,” Murray said of his performance post-match.

‘My movement has been so much better than where it was at the beginning of the year and it makes a huge difference to my whole game.’

Djokovic is the overwhelming favourite for the tie and indeed for the tournament itself in Spain.

The Serb admits he’s excited to be playing against Murray once again and says the Scot’s return is a measure of his resilience.

‘He (Murray) is moving well, playing better and better. It’s really fantastic to see, because he’s an important player for our game,’ said Djokovic.

‘He’s made his mark in the history of our sport by winning multiple Slams and gold medals and (reaching) No. 1 of the world. He’s one of the most important names that we have.

‘To have him still compete is great, and to have him even play at (a) high level as the time goes by is impressive, considering the surgery and what he has been through in the past few years. His resilience and fighting spirit is really inspiring.’