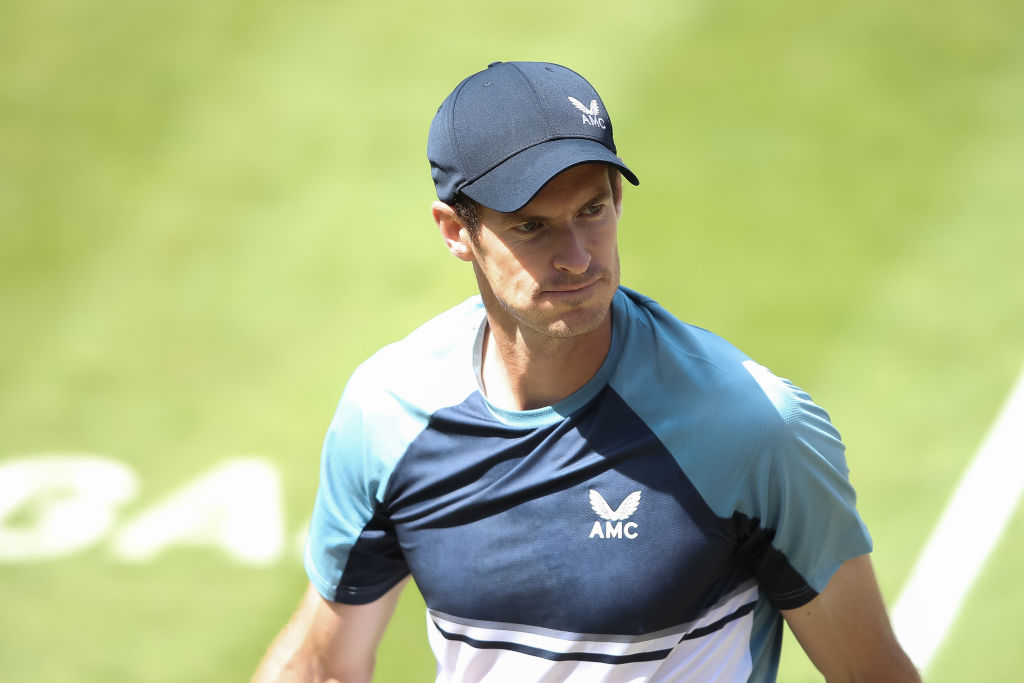 Andy Murray is now a doubt to take part in Wimbledon later this month after being forced to withdraw from Queen’s with an abdominal injury picked up at the weekend.

The 35-year-old had been looking to win his first grass-court singles title in six years in the final of the Stuttgart Open on Sunday but was beaten 6-4 5-7 6-3 by Italy’s Matteo Berrettini.

During the match, Murray had required treatment from the physio twice and noticeably struggled to serve in the third set due to an abdominal injury.

It had initially looked as though the Brit was struggling with his left hip – the other side to the one that has a metal plate after his hip resurfacing operation in 2019 – though he later revealed he was suffering from pain in his ab.

Murray revealed he would have a scan before making a decision on whether to play at Queen’s, with his first match having been scheduled for Tuesday, but he has now been forced to withdraw.

‘After having a scan this afternoon, an abdominal injury means I won’t be fit to compete at Queen’s this year,’ the two-time Wimbledon champion said in a statement.

‘The tournament means a lot to me, and it’s disappointing not to compete, especially after playing some good matches on the grass already.’

Queen’s tournament director Luiz Carvalho added: ‘Obviously it’s extremely sad that Andy won’t be able to play here this year. Everyone at the cinch Championships wishes him a speedy recovery. We look forward to welcoming him back next year.’

With Wimbledon due to start in two weeks’ time, Murray is now a significant doubt for the tournament.

However, at this stage he is still believed to be optimistic about his chances of taking to the court at the All England Club and could even play an exhibition match at the Hurlingham Club in London next week in preparation.

There had been encouraging signs for Murray in Stuttgart, not dropping a set until he took on Berrettini, while his victory over Stefanos Tsitsipas in the quarter-final was his first victory over a top-five player since 2016.

Reflecting on his tournament, he said: ‘Obviously some good wins; it was a good week, but not the way I wanted to finish the week.

‘I felt like I was playing well enough to win and I got myself in a really good position going into the third set – so a frustrating end to what was a good week.’