Zlatan Ibrahimovic has insisted he has ‘nothing left to prove’ in his career after an explosive international return with Sweden.

The evergreen 39-year-old striker made an emotional homecoming to his country’s national side against Georgia on Thursday, setting up the only goal in a 1-0 victory which made him the oldest ever player for Sweden.

Ibrahimovic – their record international goalscorer with 62 – also assisted two goals in Sunday’s 3-0 World Cup qualifying win against Kosovo, and subsequently joked he was the ‘new King’ of the country. 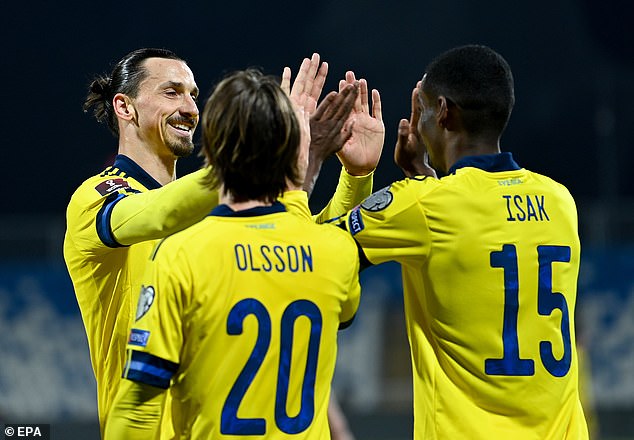 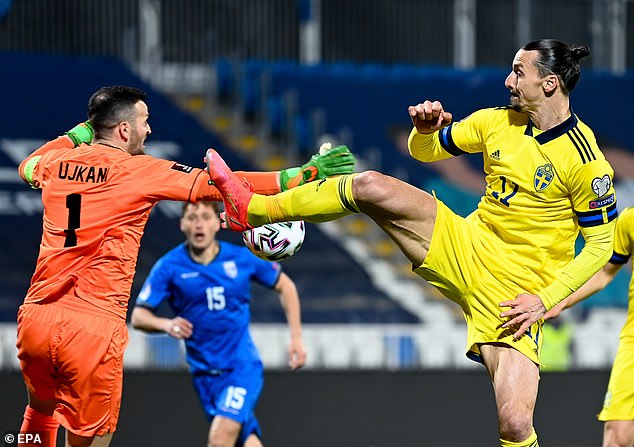 The 39-year-old assisted three goals in two matches, including this back-flick against Kosovo

And given his achievements, he stated after the Kosovo match that he no longer needs to show how good he is.

He said at a press conference: ‘Now I’m in a completely different position.

‘I have nothing left to prove, there’s nothing else to do in my career but to have fun. 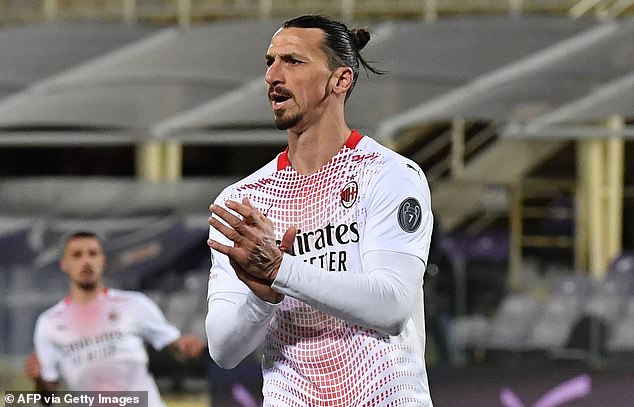 ‘I mean, I’m 39 years old and I play in the national team and at Milan. Not many people my age can do that.’

Ibrahimovic has also been instrumental for domestic club AC Milan, with 17 goals in 23 appearances in all competitions for the Rossoneri this season, although they lie second, six points behind rivals Inter Milan having played a game more.

Despite turning 40 in October and his current contract expiring this summer, the veteran is confident of remaining at the San Siro with Stefano Pioli’s side.