Wolves boss Nuno Espirito Santo was left to rue his team selection as his side crashed out of the FA Cup on the cusp of the quarters, but insists his enduring feelings after the 2-0 home loss to Southampton are ‘not about regrets.’

Santo made six changes, naming captain Conor Coady, Pedro Neto and Adama Traore on the bench, while his opposite number Ralph Hasenhuttl fielded a full strength Saints side.

Although Santo’s team selection gamble backfired, the Wolves coach insisted he had no regrets but did feel his team should have done better with the goals they conceded. 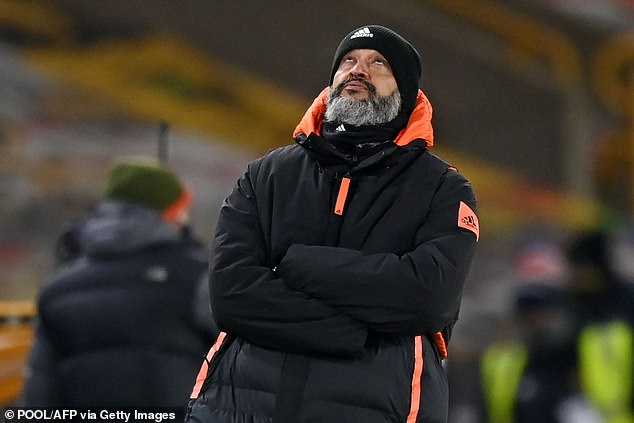 Following the final whistle, Santo told BT Sport: ‘It’s not about regrets, we decided on the moment we had and because we wanted to find other things for the team.

‘It was about the schedule, the game, what we have in front of us, solutions for the team and trying to find other options,’ he said.

‘Sometimes it works out, sometimes it doesn’t and today it didn’t. There are many things we have to decide. Everyone needs to do more, when tough moments come we need the best from everyone.

‘It’s a frustrating night for us, we are out of the competition because we didn’t compete so well. We conceded easy goals. 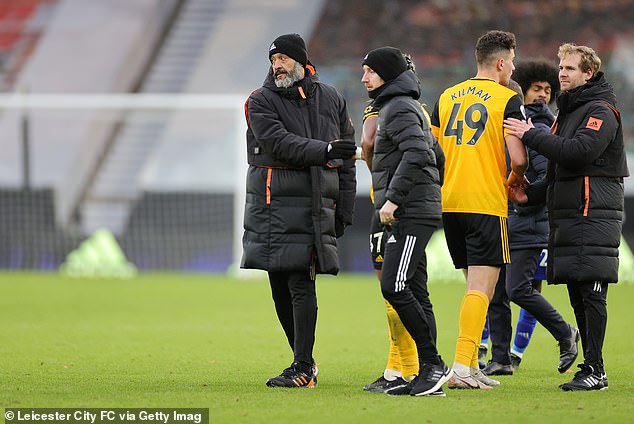 ‘We didn’t produce enough. Southampton pressed very well. We were organised, but not a threat like we wished to be. Nights like this are disappointing, but we have to bounce back and react.

‘The FA Cup is finished, we have to focus on the Premier League, so we can produce better performances.’

On a lack of chances, the Wolves boss added: ‘We are not producing enough. We’ve had some good chances, but the final touch was not there, we have to be more clinical, we have problems in the final section of the pitch. 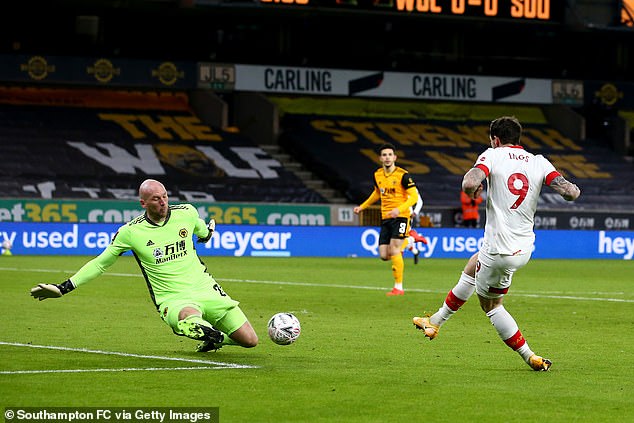 ‘It requires improvement, it requires better decisions and it’s our job to improve our players, this is what we are going to try to do. ‘We are missing something and are trying to achieve them.

‘One of those things is to improve the players so they make better decisions, they are more sharp, more accurate, find new solutions for the team

‘We didn’t create enough and we will keep on trying and looking to improve. We wanted to go through, it was everyone’s wish.’